The Routes of the Gough Map

The Gough Map, so named after Richard Gough who bequeathed it to the Bodleian Library, Oxford, in 1809, is one of the oldest surviving maps of Great Britain. The cartographer (or cartographers) are unknown. The map is 115 cm x 56 cm in size on vellum, and consists of the coastline of the island of Great Britain, several smaller islands and parts of the coastlines of Ireland and the Continent. Rivers are depicted, and over 600 cities, towns and smaller settlements are represented by churches, fortifications or simple houses. Conventionally dated c. 1360 - c. 1370, it has been suggested on palaeographical grounds [Smallwood, 2010] that the map was made one or two decades after 1400. There is certainly evidence that portions of the map were redone and that work on it probably continued into the fifteenth century.

The Gough Map is considerably more detailed than the earlier thirteenth-century maps of Great Britain by Matthew Paris (c. 1200-59), and in the context of studying the medieval travel and communications infrastructure its particular value lies in the network of red lines almost 5000 kilometres in length marked as connecting various settlements in England and Wales. These lines seem to schematically designate major roads, and are in most cases accompanied by a Roman numeral indicating the mileage between two settlements. There is some debate whether the lines indicate actual roads or merely estimates of the distance between select towns. [Millea, 2007] But given that the lines chart out significant sections of such important thoroughfares as the Great North Road and the medieval Watling Street, and also given the Gough map's remarkable correspondences to the roads in John Ogilby's atlas Britannia (c. 1675), it may be concluded that Gough Map does contain a representation of the English medieval transport network. The record is not comprehensive - significant omissions include Watling Street between Canterbury and London, and the route from London to East Anglia via Colchester - but the map is nevertheless a unique survival, predating next major cartographic work of overland routes by some three hundred years. 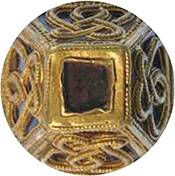 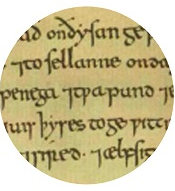 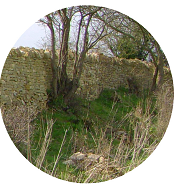