The paper is entitled 'Macromolecular and electrical coupling between inner hair cells in the rodent cochlea'. 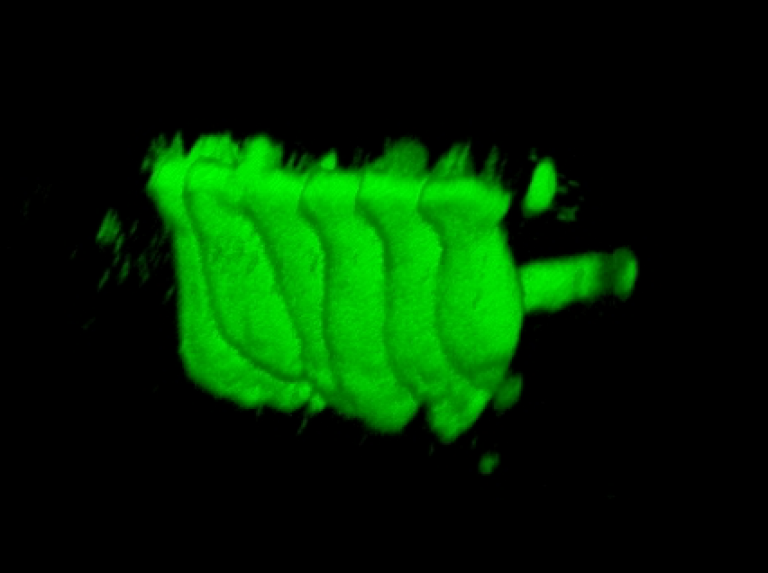 Jonathan Ashmore and Antionio Miguel Garcia de Diego used the Ear Institute multiphoton confocal microscope to investigate inner hair cells in the intact mouse cochlea as part of a Wellcome project grant and are co-authors of a paper now published in Nature.

Their findings show that in rodents, inner hair cells (IHC's) work in groups rather than individually as previously thought.

Commenting on the work Prof. Ashmore said "We were really surprised to find that IHCs were coupled together in small groups and thought at first that it was a recording artifact. Our collaborators in Goettingen have now shown minute coupling channels between these cells using electron microscopy - which just goes to show that good electrophysiology is an extremely sensitive detector of interesting physiology!"

The multidisciplinary team, involving the laboratories in Göttingen and Prof. Jonathan Ashmore's lab at the Ear Institute have discovered thatt these small groups operate as “mini-syncytia”. This coupling becomes more prevalent as the cells mature.

This study, published in Nature Communications, proposes that the coupling may enhance the sensitivity and reliability of sound encoding. It may also help hair cell survival after after inner ear damage and it is suggested that this new finding might have an impact for viral-mediated gene therapy approaches.