History of the Ear Institute

After the Second World War, the Post Graduate Medical Institutes were established to undertake specialist training and research that had lapsed during the long War years. Each Institute was allied with its own specialist hospital; for example, the Institute of Neurology with the National Hospital for Nervous Diseases, and the Institute of Child Health with the Great Ormond Street Hospital for Children.

The Institute of Laryngology and Otology

The Institute of Laryngology and Otology (ILO) was founded in 1947 and was allied with the Royal National Throat Nose and Ear Hospital (RNTNEH). Close collaboration between scientists and clinicians resulted in many outstanding achievements over the years, including the discovery of otoacoustic emissions by Prof David Kemp, which enabled development of simple non-invasive tests that are now used in nationally and internationally for hearing screening of newborn babies. Other seminal research and clinical developments from this time included Prof Andrew Forge's discovery that sensory cells in the mammalian vestibular system are capable of regeneration, and Prof Ronald Hinchcliffe's introduction into clinical practice of psychological therapies to ameliorate suffering from tinnitus.

In the late 1990's, the Royal National Institute for Deaf People (RNID) moved away from its original site in Gower Street, and the Middlesex Hospital, formerly associated with an otolaryngology institute called the Ferens, was closed down. The Director of the ILO at the time, Prof Tony Wright, negotiated the move of the very extensive RNID library to the Institute, and also arranged a merger with the Ferens which brought its valuable collections of temporal bone sections to the ILO. These temporal bone collections (the Ferens and the Hallpike collections) were then merged wtih those established by Prof Friedmann and subsequently Prof Michaels, both former professors of ENT Pathology at the ILO. Thus the ILO became the home to the largest library for ENT, Head and Neck, Speech and Language and Deafness in Europe, and one of the most extensive Temporal Bone Biobanks in the world.

The Ear Institute is born

By the start of the 21st century, UCL arguably had the best concentration of hearing scientists and clinicians in the world - but they were scattered across various faculties and buildings, often with limited access to technological facilities for cutting-edge auditory research. In 1998, Wright, Forge and Kemp drew up outline plans to create a new building which was to be a centre for auditory research housing the hearing scientists from across UCL in a purpose-built facility. Six others (Prof Jonathan Ashmore, Dr Maria Bitner-Glindzicz, Dr Sally Dawson, Dr Jonathan Gale, Prof Alf Linney and Prof David McAlpine) collaborated in writing the grant applications for a Wellcome Trust Joint Infrastructure Fund Bid. Following this £10.98m award, the new building was constructed, and opened in January 2005. A new Institute - the UCL Ear Institute - was created by the UCL Council, and the ILO was disestablished.

In continuing partnership with the new Royal National ENT Hospital (part of the Royal National ENT and Eastman Dental Hospitals), the UCL Ear Institute constitutes the largest single grouping of basic and clinical scientists interested in auditory and vestibular function in the UK. Now firmly established in UCL's Faculty of Brain Sciences, the Ear Institute also benefits from strong links with other UCL institutes and departments to enhance research, education and clinical training programmes. 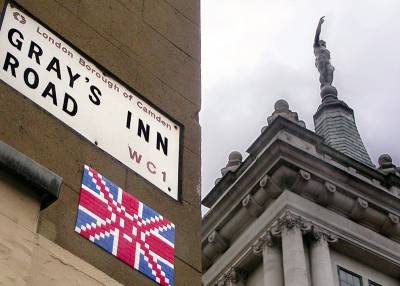 You can find contact details for individual members of staff in the People section of this site.

The UCL Ear Institute is based off the central UCL campus in the state of the art Centre for Auditory Research next door to the Royal National Throat, Nose and Ear Hospital. Close to King's Cross station the Institute is at the top of Gray's Inn Road.

If you would like to support our research, you can now donate money online.