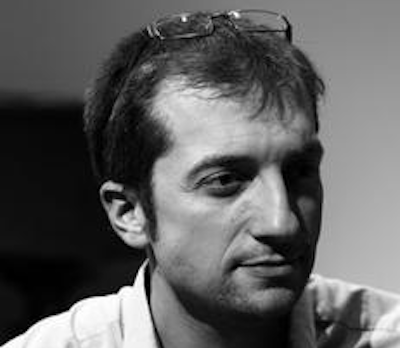 Sebastian Crutch is Professor of Neuropsychology at the Dementia Research Centre, UCL Institute of Neurology and is the clinical lead for Rare Dementia Support. Seb studied Experimental Psychology at Oxford University, before completing his PhD part-time whilst working at UCL and qualifying as a Clinical Psychologist (CPsychol). His research focuses on rare and young onset dementias, especially posterior cortical atrophy (PCA), the so-called ‘visual variant’ of Alzheimer’s disease (AD). The work has led to improved understanding of dementia-related visual impairment and the causes and consequences of atypical AD more generally.

From 2016-2018, he directed the Created Out of Mind residency at The Hub, Wellcome Collection, bringing together artists, scientists and people living with dementia in a collaboration of over 60 individuals, institutions and charities aiming to shape and enrich public and professional perceptions of the dementias, and explore the opportunities afforded by collaborative, interdisciplinary, publicly-situated research.

He currently directs a major 5 year programme of research exploring the impact of multicomponent support groups for those living with rare dementias. The team will be looking at the benefits of meeting other people living with a similar condition, and sharing practical and emotional support. This work is funded by the ESRC & NIHR, working collaboratively with members of Rare Dementia Support, researchers at Bangor University and Nipissing University, and many other partners.

Find out more about Created Out of Mind’s residency at The Hub, Wellcome Collection: http://www.createdoutofmind.org/