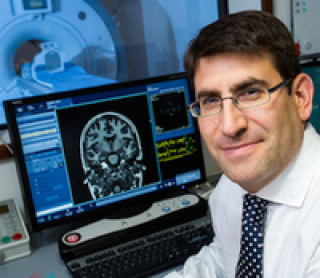 Dr Schott's research interests are centred on translational research in the dementias, including: the development and application of imaging and cerebrospinal fluid biomarkers in the degenerative dementias for early, specific diagnosis and disease tracking; atypical and young onset dementia; genotype/phenotype correlations in neurodegeneration; clinical trials; autoimmune dementia syndromes; and normal and abnormal ageing. He is involved in several national and international collaborations, including heading an international consortium to determine the genetics of posterior cortical atrophy. Dr Schott co-edited (with Prof Masud Husain) the Oxford Textbook of Cognition and Dementia, and authored the chapter on Alzheimer's disease and other dementias for the Oxford Textbook of Medicine. He has spoken at numerous national and international conferences, including meetings of the US Alzheimer's Association, European Federation of Neurosciences, Association of British Neurologists and American Academy of Neurology. He is also an invited member of the European Federation on Neurological Sciences Dementia Panel, where the focus is on producing evidenced based practice guidelines.