'Opening the ‘black box’ of digital cultural heritage processes: feminist digital humanities and critical heritage studies', part of the Routledge Handbook of Research Methods in Digital Humanities in August 2020 and edited by Kristen Schuster and Stuart Dunn (Kings College London). This edited volume seeks to address collaboration and inter-/intra-disciplinarity in DH through different perspectives on method (Dunn and Schuster, 2020).

‘“Why are the Digital Humanities so white?’ ” asked McPherson in 2012 to draw attention to how little theorised questions of race and other ‘modes of difference’ are in the field of digital humanities (McPherson 2012). Humanities computing, whence digital humanities (DH) emanated, was predominately text-oriented in method and content (see e.g. Oakman). The DH that emerged c.2004 would come to be described as a ‘big tent’ (Pannapacker 2011) that enfolded a diverse range of methods and content, including humanistic fabrication, gaming and augmented reality (Jones 2014). Despite the field’s ostensible widening of scope (cf. Prescott 2011), interventions like McPherson’s foregrounded DH’s impoverished understandings of how frameworks like race, gender and power intersect to operate on and through the computational tools, resources and infrastructures that DH builds and uses.  Key to this also are the DH methodologies and methods that (re)produce these frameworks.

In this section we discuss gender in the context of technology and digital humanities before giving an overview of recent Feminist Digital Humanities scholarship. Gender is a cultural matrix that defines masculinity and femininity as separate and incommensurate (Abbate 2012 p. 3). Performances of masculinity and femininity are socially and culturally constructed and intersect with other power structures but are not contingent on biological sex. They are produced and re-produced by normative social roles and other dynamics between people and within society (Butler 1999). Along with factors like race and class, purported gender differences and characteristics can be called on to justify discrepancies of power and privilege, the distribution of labour and access to economies of opportunity and influence among social groups.

Although sustained theorizations of heritage specifically as it relates to gender are less common, there is a growing body of work dedicated to concepts around the gendered nature of heritage, heritage institutions, cultural heritage management, and to a lesser degree digital cultural heritage.[1] Gender is often understood solely as a women’s issue and many case studies in heritage are, in this respect, concerned with issues of (mis)representation, marginalisation and (in)visibility (Smith 2008; Casserly and O’Neill 2017; Cramer and Witcomb 2018). What these tropes, value-systems, and absences of women in all walks of heritage tell us about masculinity and gender relations, as well as constructed, female social identities, receives comparatively less attention.

The digital context in which heritage now finds itself, and where it is produced and reproduced, has implications for how gender plays out within it. Digitality has undoubtedly opened doors for ‘gender mainstreaming’ and a more participatory culture in heritage, being an environment in which – at great velocity - many voices can speak louder from the margins, new information can be reached, shared and mobilized. Or as UNESCO puts it ‘﻿access to this heritage will offer broadened opportunities for creation, communication and sharing of knowledge among all peoples’ (UNESCO, 2003). However, nothing should be assumed about the power plays of cultural heritage on the internet.

How, then, might we take up the challenge of examining the systemic gendered structuring of white privilege and patriarchy within heritage, particularly what has been dubbed the Authorised (Digital) Heritage Discourse (Caswell et al; (Smith, 2006)? How can we examine heritage both as product and process? How can we discover (perhaps not just to understand but also to counteract and reverse) the ways in which intersectional identities are hidden and marginalised in digital heritage materials? Which methodologies can assist researchers to explore the ‘black box’ of heritage processes, for example, the erasure of the feminised labour that underpins digital heritage?

This chapter has given an overview that is by no means exhaustive of the current critical debates in Digital Humanities as they relate to intersectional feminist theory and practice. In conversation with the founding principles of Critical Heritage Studies and its own set of gender and feminist debates, we have demonstrated how Feminist DH and (Gender) CHS have strong practical and analytical links and are in many ways ideologically aligned. Lastly, we have proposed and rationalised oral history as conceptually allied, and a potential tool, in feminist DH work. 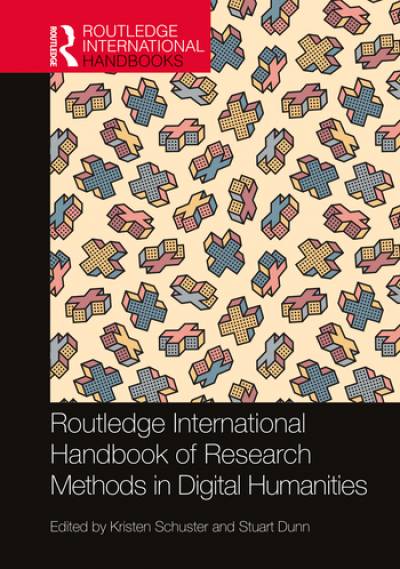