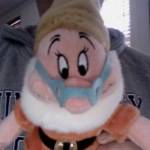 UCL Centre for Digital Humanities facilitates the work of students carrying out PhD or EngD research, both from the UK and abroad.

PhDs at UCL are normally extend over three years full-time or five years part-time study (there are no taught components prior to writing a thesis). General information on pursuing a PhD at UCL, and what it entails, can be found in the UCL Doctoral School pages.

Most PhDs at UCLDH will, depending on their supervisor, be based in the Department of Information Studies (DIS), and UCL DIS provides further information about research degrees.

Those interested in more technical areas should also look at the UCL Engineering Doctorate (Virtual Environments Imaging and Visualisation) pages, where funded EngD places will be advertised.

We recommend that before you make a formal application you discuss your potential research project with a member of staff at UCL. When you do so, please send a brief description of the topic that you would like to work on- about 1000 words- and a copy of your CV. Please also copy this to the UCL DIS Research student tutor.

We are now receiving more enquiries from PhD students than we have places available. Therefore please be aware that admission is a competitive process, and you must be willing to take some time preparing your application, as a result. We make decisions about who to admit based on how well your proposed topic fits with UCLDH research, and your academic track record. If accepted you will be matched with the members of staff whose interests most closely relate to your research topic: we cannot guarantee that you will be able to work with specific named individuals.

Funding for PhDs is limited and competitive, and potential students are expected to pursue all avenues themselves in attracting funding. The Graduate School provides further information about fees, costs and funding, and the Arts and Humanities Research Council (AHRC) website lists their current postgraduate funding opportunities.

UCL is a partner in the London Arts and Humanities Partnership, an AHRC funded Doctoral Training Partnership offering studentships. Please see the LAHP website for further information and details on how to apply.

UCL is also a partner in the Engineering and Physical Sciences Research Council (EPSRC) funded Centre for Doctoral Training in Science and Engineering in Arts, Heritage and Archaeology (SEAHA), which offers studentships to those interested in pursuing a PhD in heritage science.

Affiliated PhD Students are those whose first supervisor is not from within UCLDH, but whose secondary supervisor is linked to the Centre.

The MA/MSc programme, offered via UCL Department of Information Studies, is a new interdisciplinary degree exploring the intersection of digital technologies and culture.

It is also possible to study individual modules from the MA/MSc programme as Short Courses such as:

These courses can contribute to professional development, and count towards the MA/MSc, should it be pursued further.