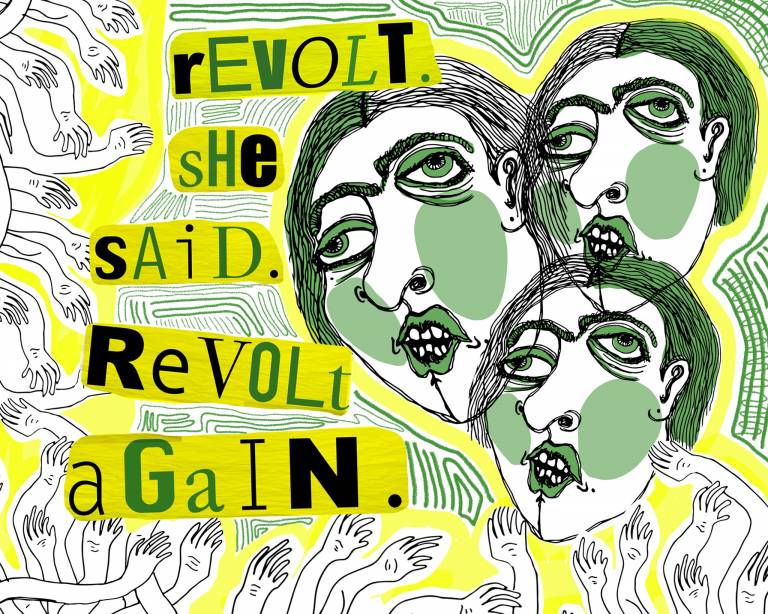 'Revolt. She Said. Revolt Again.’ is an absurdist, experimental and explosive play about language and gender. It’s also a declaration of war. It tries to show how we are imprisoned by and shaped by a language that has evolved alongside and as an integral part of the patriarchy.

In this play, we see a carousel of women (identifying) in a dizzying selection of mundane scenes in which they are subtly (or not so subtly…) minimised and insulted. Through masterly manipulation of language and character development, these women snap and contort themselves out of shape so that the scenes become unrecognisable and the hypocrisies and violence’ of the situations become apparent. It’s a surreal, theatrical flirtation with the question ‘what would happen if we stopped accepting this shit?’ It’s about the violence and danger of refusing to accept anything less than what you need, it’s a war cry displaying all the cracks and inconsistencies in feminism and identity politics but demanding that we need it, warts and all.

Simply put: it’s a series of vignettes that ask big questions about language, gender and society. 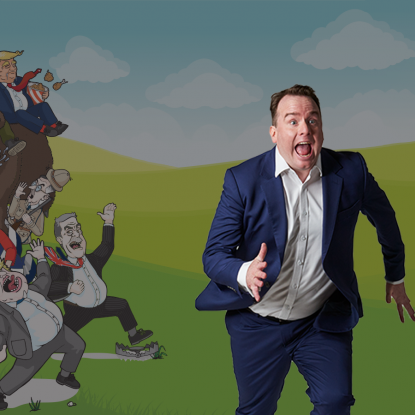