Thirty samples of synthetic hair arranged by colour and texture in a tin box, designed by Dr. Eugen Fischer in 1905. 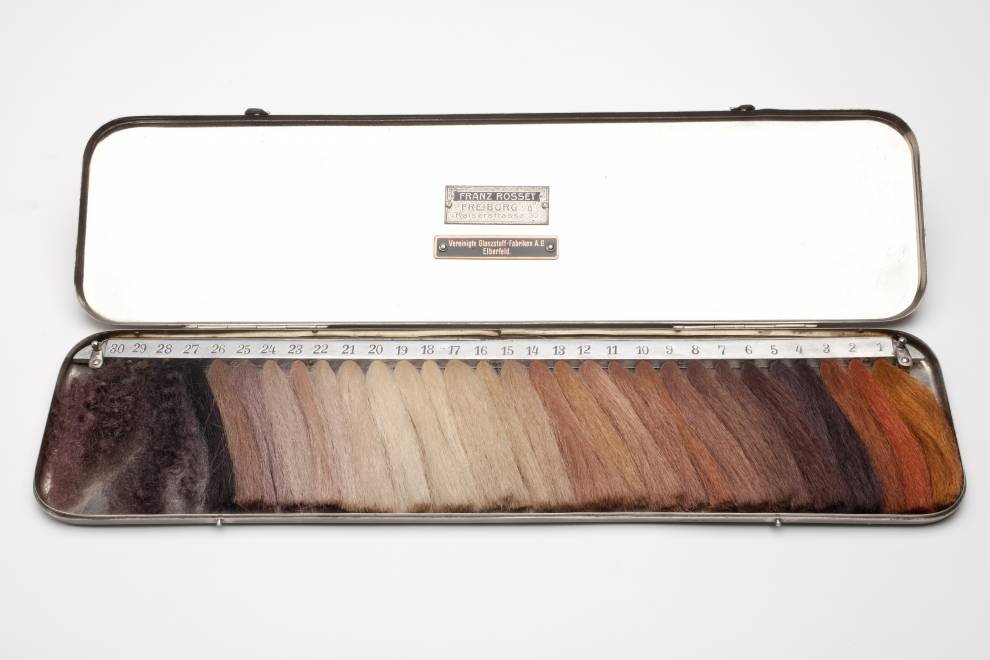 This object is a selection of 30 different colours and textures of synthetic hair in a tin box and, until some Museum Studies students looked into it more deeply, that was all we knew. Their research uncovered that the hair gauge was designed by the German scientist Eugen Fischer and used by him to judge the relative ‘whiteness’, according to hair colour and texture, of mixed race people in what is now Namibia. Fischer carried out his work in 1908 and Namibia is the site of the first genocide of the 20th Century, perpetrated by the Germans against the people of the Narma and Herero tribes. Up to three quarters of the population of these people were systematically killed. Fischer would go on to contribute to the anti-Semitic Nuremberg Laws established by Nazi Germany. The students were able to work out that the object probably post-dated Galton (who would have been 83 in 1905 when the instrument was designed) and was probably brought to the university and into the collection by Karl Pearson, founding Professor of the Department of Statistical Science, Galton’s disciple and ardent eugenicist. Fleming's slide collection
These two magic lantern slides are from a collection of over 3,500 slides, many of which were used by J. Ambrose Fleming. 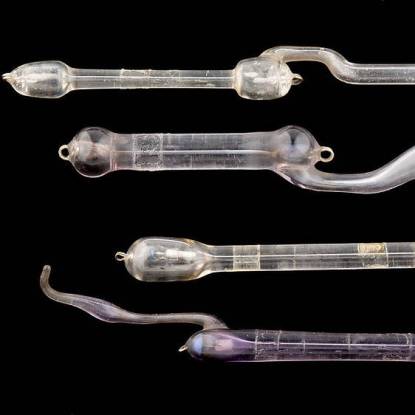 Ramsay discharge tubes
These discharge tubes were used by Sir William Ramsay in his discovery of five new elements now known as the noble gases.
Subscribe to our newsletter