External Genitalia of an Intersex Individual

This specimen shows the external genitalia of an intersex individual.

Please note that this page includes images of human remains.

The term intersex refers to someone whose biological sex cannot be classified according to medical norms. It is not a discrete category, but a socially constructed one reflecting the natural biological variation that exists between anatomy that is considered clearly male or clearly female. Intersex variations can occur as a result of genetic, chromosomal or hormonal variations or some combination of these three elements.

The case history for this specimen states:
‘From male of 19 who was brought up as a girl and trained as a scullery maid.’ While the record provides details about the specific anatomical features of this specimen, no further information is given about the individual. This illustrates the way that the context in which an object or specimen is originally collected and used influences the information that is recorded.

We acknowledge that it is likely that the people represented in our collections did not consent for their remains to be retained. 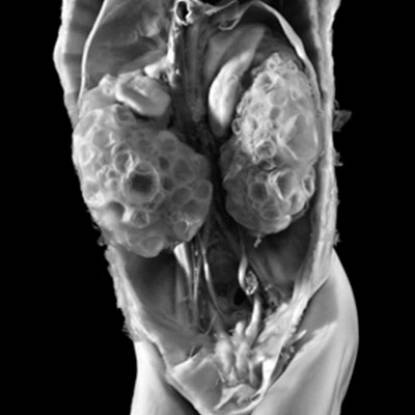 Polycystic Kidney Disease
This specimen of a fetus demonstrates abnormally developed kidneys as a result of polycystic kidney disease, a genetic disorder. 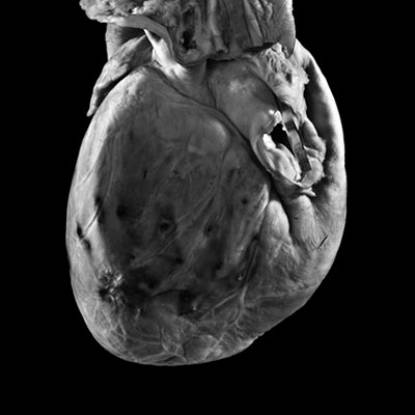 Sword Swallower's Heart and Oesophagus
This specimen is the oesophagus and heart of a sword swallower who died in a sword swallowing accident.
Subscribe to our newsletter