Part of Performing Place, this cross-discipline collaboration builds on Dr Ellie Cosgrave’s existing urban research on the interrelationship between gender and urban infrastructure; and Laura Wilson’s research around civic histories and labour, how information is passed on from one person to another through movement and recent performances investigating how the body learns, adapts, responds and performs. Cosgrave and Wilson worked together with Camden residents to explore their personal relationship with mobility in the city and how this also relates to their personal histories. 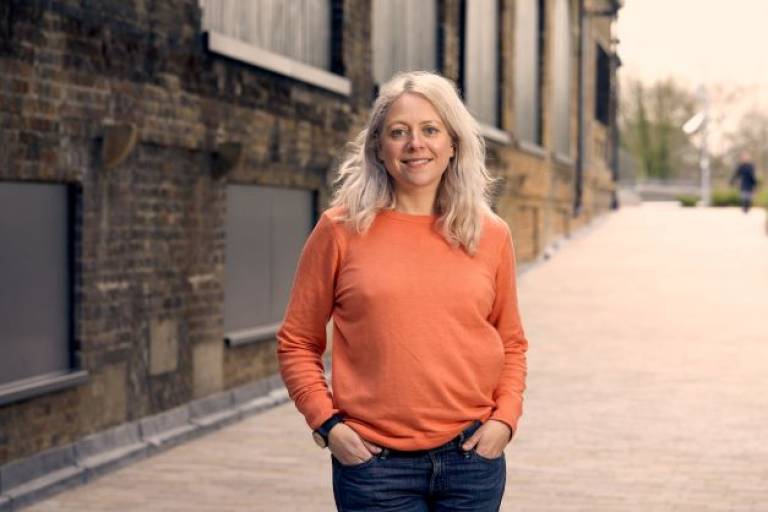 Laura Wilson (b. Belfast, Northern Ireland, lives & works in London) is interested in how history is carried and evolved through everyday materials, trades and craftsmanship. She works with specialists to develop sculptural and performative works that amplify the relationship between materiality, memory and tacit knowledge. Wilson’s interdisciplinary and research-based works have been exhibited widely including at: Nicoletti Contemporary, London; V&A, London; and Bloomsbury Theatre, London (2019); The British Museum, London, UK with Block Universe; Kettle’s Yard, Cambridge, UK; and The Petrie Museum of Egyptian Archaeology, London, UK (2018); SPACE, London; Guest Projects, London; and Invisible Dust (2017); Delfina Foundation (2016 & 17) RIBA, London; and Site Gallery, Sheffield UK (2016); Whitstable Biennial (2014); Camden Arts Centre, London and Turner Contemporary, Margate (2013); W139, Amsterdam and De Warande, Turnhout, Belgium (2012). Her project Trained on Veda, a malted loaf and evolving artwork was initiated during her residency at Delfina Foundation in 2016 is currently being developed in partnership with TACO, Grand Union, Site Gallery and MIMA and was featured in Food: Bigger than the Plate at the V&A London. Wilson has recently been awarded the Jerwood New Work Fund and her forthcoming exhibition will open at Norwich Castle Gallery and Museum in January 2020 as part of New Geographies, a major site-responsive visual arts programme across the East of England. 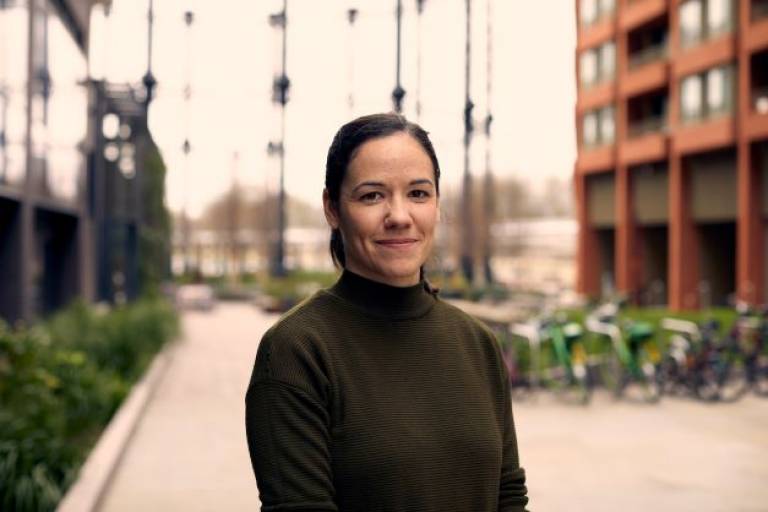 Ellie Cosgrave is Lecturer in Urban Innovation and Policy at UCL's department of Science Technology Engineering and Public Policy, where she is co-director of the Urban Innovation and Policy Lab. She is also an outspoken advocate and campaigner for increasing the quality of women's health services. She is a BBC broadcaster, presenting the Tomorrow's World Podcast and the BBC World Service series My Perfect City. Ellie's research is driven by three intersecting themes: the impact of rapid urbanisation, technological innovation, and human wellbeing and social justice. As an engineer, interdisciplinary researcher, dancer and systems thinker she is motivated by how scientific endeavour, artistic practice and policy innovation can combine to create a healthier and fairer society - particularly with respect to gender.

Can you tell us a bit about the ideas your project explores?

You Move Me is a project developed by Dr Ellie Cosgrave and artist Laura Wilson.

You Move Me acknowledges that the way we move is shaped by infrastructure availability, our past experiences, and our relationship to one another. This cross-discipline collaboration builds on both collaborators research interests: Dr Cosgrave’s existing urban research on the interrelationship between gender and urban infrastructure; and Laura Wilson’s research around civic histories and labour, how information is passed on from one person to another through movement and recent performances investigating how the body learns, adapts, responds and performs.

How do we move? How do we move each other? How are we moved physically and emotionally by the world around us? How do our cultural histories liberate or restrict our mobility? How do our scales of movement change over time? What is the role of labour and economic forces in our movement patterns? How is our body forced to move differently as the physical world changes around us?

We explored these questions through discussions with Dr. John Bingham-Hall, Director of Theatrum Mundi and Lesley Hall, researcher and former archivist at Wellcome Library, and through movement workshops at the N1C Centre with a group of people aged 55+ through Dragon Hall Trust, a charity serving the needs of local people. We also invited students from UCL’s Urban Innovation and Policy Masters course to encourage intergenerational conversations.

How did you work with your community stakeholder, Dragon Hall Trust?

With Dragon Hall as a community partner, we were able to connect with older residents (+55 years) in the London Borough of Camden. Working with this group we were particularly interested in exploring how the rapidly changing urban context affects how they are able to move in the city, and to explore their personal relationship with this and how this also relates to their personal (hi)stories.

The intention of the workshops was to gather feedback which would shape the direction of our research and outcome, and the conversations were very fruitful. Our main points of discussion evolved around our everyday experience of being in London, particularly through our bodies: public space vs more intimate space, the pace of people walking past, light, sounds, green spaces, care and things that bring joy such as piped-in birdsong on the tube or colour hoardings on building sites. Many of the participants in the workshops such as Siew and Eng, a couple who relocated to London over 30 years ago talked about the positive effects of the regeneration in the City - how they have evolved with it. We also talked about barriers, objects or situations that force us to change our course of direction.

Unfortunately, due to COVID-19 and the lockdown in London from mid-March 2020 we were unable to complete all the workshops. However, we took this enforced stopping of movement in the city to reflect on our conversations with the group, to look at the City without so many people and reconsider our own experiences within it.

How would you describe your starting point for this project?

Over the past few years my research has contended with how we construct and curate movement within the city. An Engineer by training, I have understood the ways in which we invest in urban infrastructure from an efficiency perspective: how infrastructure ‘upgrades’ are viewed often through the lens of good public management, modernisation and efficiency.

I have also seen how these same infrastructure upgrade projects have imperfectly accounted for the needs of the diversity of populations it is set up to serve, and at worst how they have displaced and excluded long-standing communities. Engineering logics of rationalisation, optimisation and control cannot account for the multiple experiences, knowledges and ways of knowing required to make truly inclusive, sustainable and thriving populations.

In many ways this was the starting point of our collaboration; a willingness on my part to relinquish the authority of engineering paradigms and to open to radically new possibilities for how the city might be produced. It involved allowing myself to be led by Laura in a creative exploration of the city, by the local residents who have lived through the regeneration of Kings Cross, and by my students who always inject a liveliness and fresh perspective to my work.

My hope is that by giving voice and depth of meaning to different ways of knowing the city, and in turn creating a level of legitimacy and power in these ideas, we may be able to create radical alternative approaches to its production.

How did the project develop for you?

From April to June 2020, Ellie and I spoke on Zoom and exchanged letters with each other, reflecting on the workshops and conversations with the group, whilst simultaneously grappling with the impact that the lockdown was having on our lives, both personally and on the world around us. Adapting the project during lockdown took our research in an interesting, unexpected direction.

We observed the city changing - quietening down, people adapting to new rules and giving each other space, new desire lines, huge blue skies, majestic architecture devoid of people, birdsong, joggers, quiet roads, very little air traffic and the continuing sounds of construction work. Lockdown has a very specific sound. Although the virus restricted our movements, we have a desire to touch and be touched, to move each other, and the City still moves us.

I started thinking about the city as a kind of body, and how we move within it, through the buildings and the parks, we move one another. Could our buildings be a kind of skin, a membrane? Encasing us, protecting us. Simultaneously the organic is pushing up against the city all the time: us, the sky, the river, the parks, nature, the animals.

I then developed this research into a new video work which brings together filmed choreographed movements and footage recorded in the City over the past year, alongside a new text which evolved from our writing exchange. 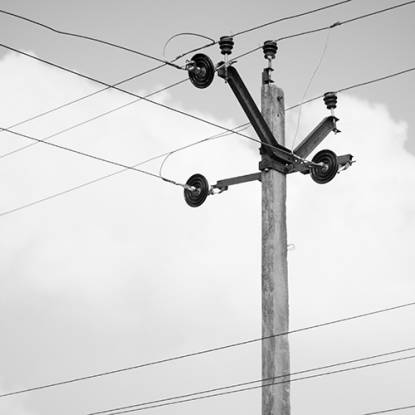 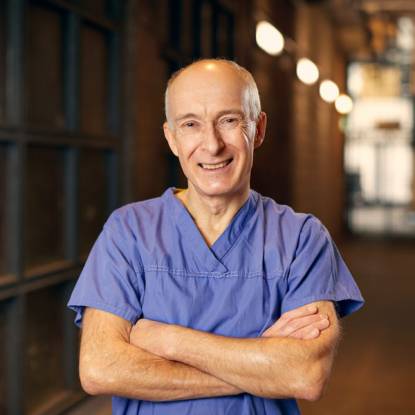