UCL Culture is delighted to announce the next cohort of projects as part of Performance Lab, UCLs experimental programme that brings research to life on stage through art, theatre, dance, music, comedy and everything in-between.

Performing Place is an initiative bringing together learning from the first year of Performance Lab, and the Trellis programme of community engagement which has been taking place in east London in 2018-2020.

The aims of the programme are to:

After a kick off workshop to bring together interested individuals, four projects have been funded to develop initial ideas between researchers and live performance artists. These projects will present as part of the 2020 Performance Lab in May.

The Dancing Brain will combine hand gestures and rhythm with mind-controlled virtual robots to enable improved social interaction and coordination among young students and people with complex learning difficulties. By transposing/translating /transcribing a message from the mind of one participant to the peers through movement, The Dancing Brain will hope to encourage young students that STEM is fun, and empower people with dementia to create a conversation and dialogue with their peers. This is a cross-disciplinary collaboration between Akademi and the Intelligent Mobility’s group/lab at UCL (IM @UCL).

Suba Subramaniam - Akademi are a dynamic and future - facing organisation, dedicated to redefining the parameters of south Asian dance as an art form. They create high impact arts programmes that promote physical and mental wellbeing for older adults, as well as creative learning and skills development for young people. Akademi’s artistic director Suba Subramaniam is a choreographer who has been navigating the confluence of science and dance for over 10 years creating national and international touring works in collaboration with scientists and health care professionals.

Dr Bani Anvari - Bani Anvari is a lecturer in Intelligent Mobility (IM) and director of IM Group/Lab at UCL’s Civil, Environmental and Geomatic Engineering (CEGE) department. Her interest is in investigating how intuitive, effective, and personalised feedback can be provided through intelligent and human-centric control systems and interfaces. Over the last 10 years, her research focus has been in Intelligent Mobility, with an emphasis on exploring driver and pedestrian interaction with future semi- and fully-autonomous vehicles, an area of application that can significantly benefit from Robotics and AI.

This collaboration will investigate how the wave patterns we study mathematically might be translated into musical rhythms. The people of Camden will be at the heart of these investigations through a series of interactive workshops, in which Camden-based mathematicians and musicians will explore the connections between waves and rhythms and contribute their own musical ideas and perspectives.

Dr Angelika Manhart – Angelika Manhart is a researcher in the interdisciplinary field of mathematical biology and works as a Lecturer in Applied Mathematics at UCL. Having studied mathematics and molecular biology in Vienna, she now uses mathematical modelling and simulation to understand cell movement, e.g. how large bacterial swarms coordinate to form large-scale, fascinating patterns. Having a passion for science communication, she has worked with a choreographer and game designers to develop interactive projects for a science museum in New York City. She is also the science illustrator of the website coopersquarereview, a publication developed to book reviews, essays and musings from and about the world of science.

Dr David Hewett - David Hewett is an Associate Professor in the Department of Mathematics at UCL. His academic research concerns the mathematical analysis of acoustic and electromagnetic waves. His current work concerns the scattering and absorption of solar radiation by ice crystals in cirrus clouds, which plays a major role in governing global temperature. These atmospheric ice crystals take complicated geometrical shapes and can exhibit "fractal" structure, which makes them fascinating to study mathematically.  David is a keen amateur musician, playing the organ and training the choirs at his local church in Oxfordshire, and enjoys exploring the connections between his two passions of mathematics and music.

Bernhard Schimpelsberger - Bernhard Schimpelsberger composes genre - defying music that features a unique palette of percussion instruments from all around the world. Bernhard grew up in Austria, deeply rooted in Jazz and Western classical music, but it was his studies in India that shaped his innovative approach to rhythm and music. Inspired by his countless travels, he explores rhythm as a universal language which creates cinematic textures that are in high by artists across many genres. His original compositions have been commissioned for the Beethovenfest Bonn (2018), the opening ceremony of the Rowing World Cup Championships (2019) or Norrdans Sweden (2017) to name a few. He also regularly scores for contemporary dance and art galleries. Amongst his previous musical collaborators are Anoushka Shankar (sitar), Akram Khan (dance), Nitin Sawhney (music) or Gwilym Simcock (Piano).

This cross-discipline collaboration builds on Dr Cosgrave’s existing urban research on the interrelationship between gender and urban infrastructure; and Laura Wilson’s research around civic histories and labour, how information is passed on from one person to another through movement and recent performances investigating how the body learns, adapts, responds and performs. Cosgrave and Wilson will work together with Camden residents to explore their personal relationship with mobility in the city and how this also relates to their personal histories.

Laura Wilson - Laura Wilson (b. Belfast, Northern Ireland, lives & works in London) is interested in how history is carried and evolved through everyday materials, trades and craftsmanship. She works with specialists to develop sculptural and performative works that amplify the relationship between materiality, memory and tacit knowledge. Wilson’s interdisciplinary and research-based works have been exhibited widely including at: Nicoletti Contemporary, London; V&A, London; and Bloomsbury Theatre, London (2019); The British Museum, London, UK with Block Universe; Kettle’s Yard, Cambridge, UK; and The Petrie Museum of Egyptian Archaeology, London, UK(2018); SPACE, London; Guest Projects, London; and Invisible Dust (2017); Delfina Foundation (2016 & 17) RIBA, London; and Site Gallery, Sheffield UK (2016); Whitstable Biennial (2014); Camden Arts Centre, London and Turner Contemporary, Margate (2013); W139, Amsterdam and De Warande, Turnhout, Belgium (2012). Her project Trained on Veda, a malted loaf and evolving artwork was initiated during her residency at Delfina Foundation in 2016 is currently being developed in partnership with TACO, Grand Union, Site Gallery and MIMA and was featured in Food: Bigger than the Plate at the V&A London. Wilson has recently been awarded the Jerwood New Work Fund and her forthcoming exhibition will open at Norwich Castle Gallery and Museum in January 2020 as part of New Geographies, a major site-responsive visual arts programme across the East of England.

Dr Ellie Cosgrave - Ellie Cosgrave is Lecturer in Urban Innovation and Policy at UCL's department of Science Technology Engineering and Public Policy, where she is co-director of the Urban Innovation and Policy Lab. She is also an outspoken advocate and campaigner for increasing the quality of Women's health services. She is a BBC broadcaster, presenting the Tomorrow's World Podcast and the BBC World Service series "My Perfect City”. Ellie's research is driven by three intersecting themes: the impact of rapid urbanisation, technological innovation, and human wellbeing and social justice. As an engineer, interdisciplinary researcher, dancer and systems thinker she is motivated by how scientific endeavour, artistic practice and policy innovation can combine to create a healthier and fairer society- particularly with respect to gender.

A Sound Voice is a cross disciplinary collaboration bridging EPSRC-supported research to Opera, (a composer and team of professional artists), Music Therapy, UCL Speech Therapy and UCL music research via the medium of artistic residencies involving music composition, creative writing and vocal performance and experimentation. This rich blend of the arts and science, building on the experiences and narratives of both those who have experienced loss of laryngeal function and the healthcare professionals who dedicate their careers to finding answers, will provide a profound understanding of what it means to lose and regain voice and why singing is a human right.

Hannah Conway - Internationally recognised for her work with some of the world’s leading opera houses and orchestras, Hannah Conway has led projects in eighteen different countries, carving a path as a composer, presenter and music director. At the heart of her work always is intense collaboration and musical input from communities and young people. She has composed operas in 12 different languages, devised and presented BBC Proms and received commissions from the London Symphony Orchestra, Glyndebourne, City of Birmingham Symphony Orchestra, BBC Concert Orchestra and Royal Opera House. Recent projects include Dare To Dream, an opera for 1800 singers (Garsington Opera/Royal Albert Hall), Tale of Two Dragons for the BBC Singers, the promenade opera Towards Another World (English National Opera and V&A museum), A Young Known Voice (Academy of Ancient Music/Barbican) and opera, Water In The Desert, (Cranleigh/Cultural Ministry, Abu Dhabi). The Freedom Game opera (2015) received its premiere at the Royal Albert Hall for 1200 performers and Beautiful World (2016) won the Education Middle East Performing Arts Award at the National Theatre, Abu Dhabi. She is also Artistic Director of Streetwise Opera, an award-winning company working with people affected by homelessness. As a guest artist, she has collaborated with the Chamber Orchestra of Europe, Opéra de Dijon, Royal Concertgebouw Orchestra, Luxembourg Philharmonie, LʼOrchéstre de Paris, Muziekcentrum Van De Omroep, and Melbourne Symphony Orchestra. She has directed opera residencies in Serbia, France and Sweden, and delivered artistic consultancy for the Royal Danish Opera, Het Muziek Theater, Fundacja Nowa Orkiestra Kameralna, Amsterdam Sinfonietta, De Nederlandse Bach Vereniging and Songbound in Mumbai, India. Hannah moderates for the EU Commission and has guest lectured at the Royal Academy, Royal College of Music, Hague Conservatorium and at Cambridge University where she gained her MA (1995-9). She has also adjudicated BBC Young Musician competition and presents for BBC Radio 3.

Dr Thomas Moors – Thomas Moors is a Belgian doctor, working in London, active in otorhinolaryngology (Ear, Nose and Throat or ENT) with a special interest in voice pathology. Driven by his passion for music, he has gathered a team of opera singers, actors, speech therapists and laryngectomy patients. Together they incorporate singing, acting, beatboxing and art into post-laryngectomy rehabilitation and social reintegration. For his charitable work and achievements he received the Points of Light Award from the British Prime Minister, Theresa May in March 2017. Since his completion of the Master Module Choral Conducting, Leadership and Communication (IOE, UCL 2014) he has developed a longstanding and successful collaboration with Dr Evangelos Himonides, IOE, UCL leading to a Beacon Bursary by UCL Culture (2017) and Performance Lab Seed Fund by UCL Culture (2019).

Shout at Cancer - Shout at Cancer is the only charity in the world that is specialising in speech recovery and social reintegration after laryngectomy, via the use of singing, acting and beatboxing techniques. They run a choir with their members and thanks to concerts they do public education and public engagement to explain the layered impact after the operation. They have performed in prestigious venues (Belgian Embassy in London, Royal College of Surgeons in London, The Barbican as part of the Global Health Film Festival in London, The Victoria and Albert Museum part of the exhibition Opera: passion, power and politics and at Theatre at The Sea an international festival in Ostend, Belgium), the choir has enabled us to spread our inspirational message to the laryngectomy community and to a broader audience thanks to numerous coverage on national television in the U.K., Belgium and France and global news services like BBC world and The Guardian. As a result, we bring positive attention towards a small and scattered group, that had been relatively overlooked in research and our society before. In 2020 the choir will be featured in the documentary 'Can you hear my voice?' (90 min) by internationally awarded film producer Bill Brummel, LA, USA.

Prof Martin Birchall - Martin Birchall is UCL's Professor of Laryngology and a Consultant in ENT Surgery at the Royal National Throat Nose and Ear Hospital. He is one the leading academic Otolaryngologists in the world as measured by the impact of my papers. A specialist in disorders of voice, swallowing and breathing, I have pioneered the use stem cells and tissue engineering in surgery.

Coming to see us?
Get directions to:
Related links 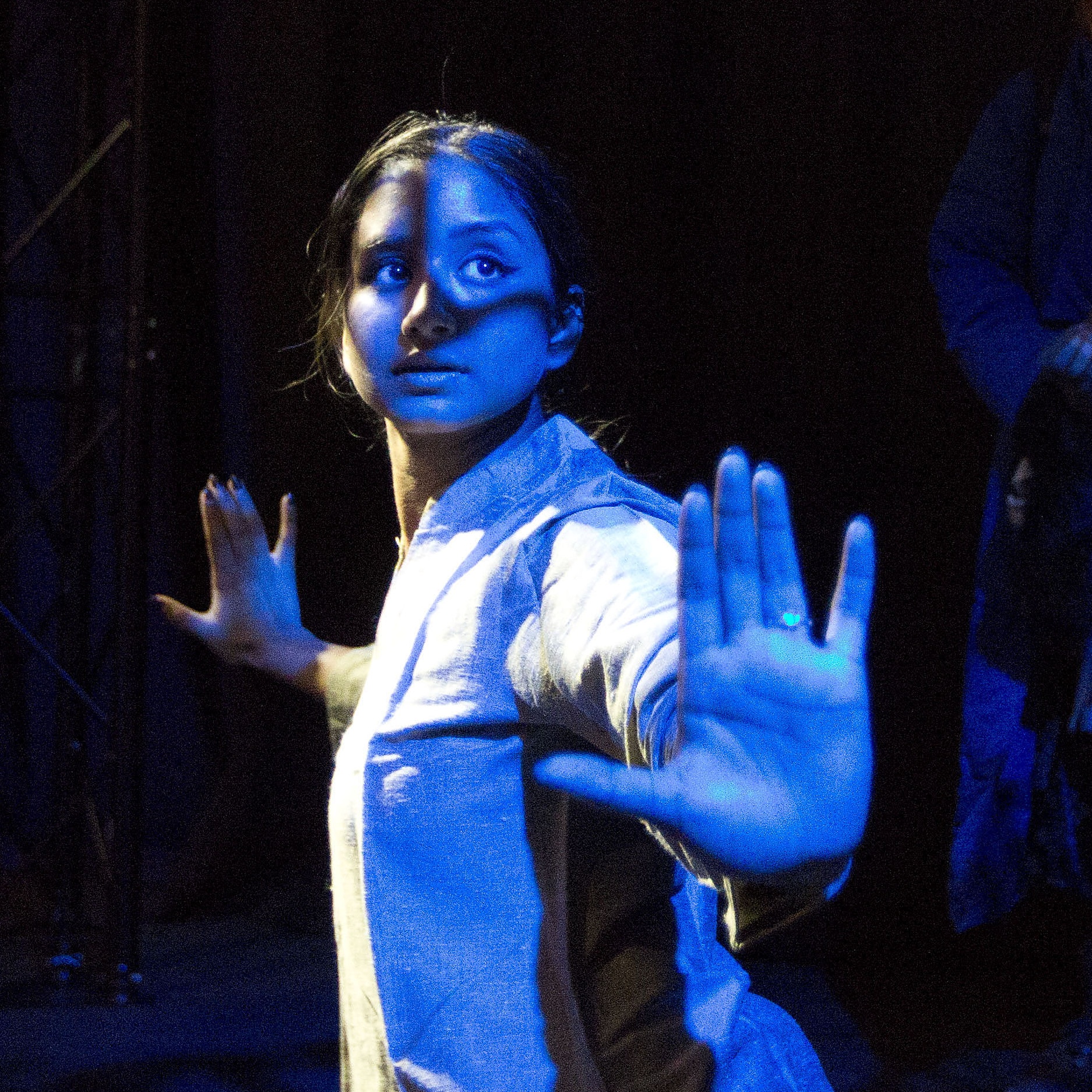 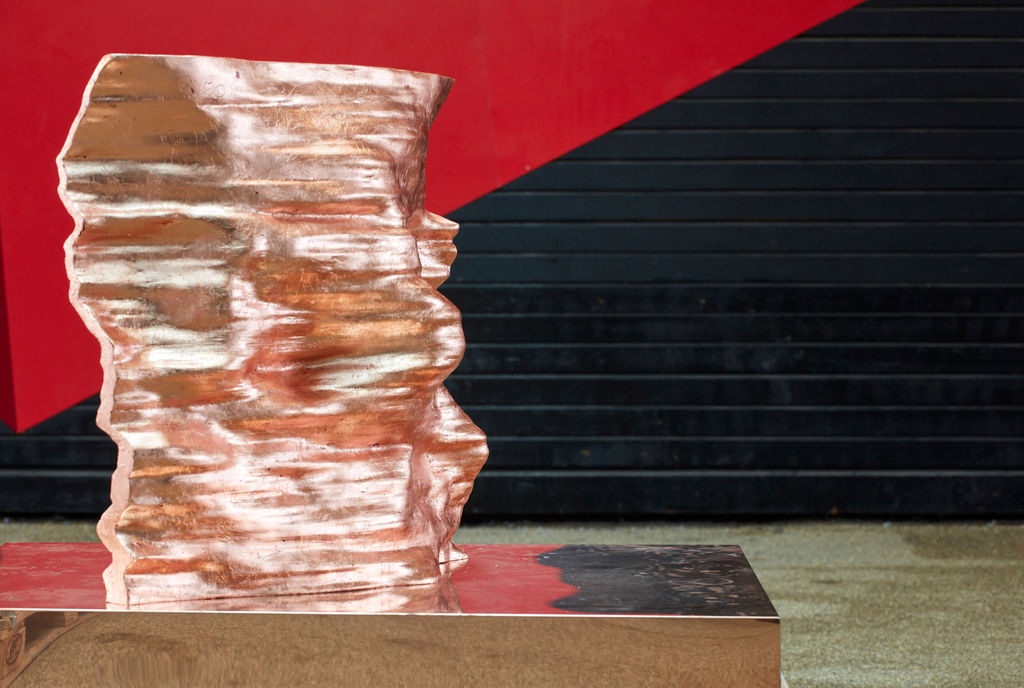 Trellis Community Engagement
Find out more!
Subscribe to our newsletter