About the Petrie Museum

The Petrie Museum houses an estimated 80,000 objects, making it one of the greatest collections of Egyptian and Sudanese archaeology in the world. It illustrates life in the Nile Valley from prehistory through the time of the pharaohs, the Ptolemaic, Roman and Coptic periods to the Islamic period.

Get in touch with our team about Research Services at the Petrie Museum.

The beginnings of the museum

The Petrie Museum is a university museum. It was set up as a teaching resource for the Department of Egyptian Archaeology and Philology at University College London (UCL). Both the department and the museum were created in 1892 through the bequest of the writer Amelia Edwards (1831-1892).

Amelia Edwards donated her collection of several hundred Egyptian antiquities, many of historical importance. However, the collection grew to international stature in scope and scale thanks mainly to the extraordinary excavating career of the first Edwards Professor, William Flinders Petrie (1853-1942).

Petrie excavated literally dozens of major sites in the course of his career, including the Roman Period cemeteries at Hawara, famous for the beautiful mummy portraits in classical Roman style; Amarna, the city of king Akhenaten, sometimes called the first king to believe in one God; and the first true pyramid, at Meydum, where he uncovered some of the earliest evidence for mummification. In 1913, Petrie sold his large collection of Egyptian antiquities to UCL, thus creating one of the largest collections of Egyptian antiquities outside of Egypt. The collection and library were arranged in galleries within the university and a guidebook published in 1915. Most of the visitors were students and academics; it was not then open to the general public.

Petrie retired from UCL in 1933, though his successors continued to add to the collections, excavating in other parts of Egypt and the Sudan. During the Second World War (1939-1945) the collection was packed up and moved out of London for safekeeping. In the early 1950s it was brought back and housed ‘temporarily’ in a former stable building, where it remains today (click here for information on visiting the museum).

The export of antiquities from Egypt and the Sudan is now illegal and the collection – of around 80,000 objects – has ceased to grow. Its importance was officially recognised in 1998 when it was designated by the UK government as ‘of outstanding importance’. With the help of government funding the museum has made the entire collection accessible in an online catalogue.

The collection is full of 'firsts':

Costume is another strength of the collection. In addition to the 'oldest dress' there is a unique beadnet dress of a dancer from the Pyramid Age, about 2400 BC, two long sleeved robes of the same date; a suit of armour from the palace of Memphis (awaiting reconstruction), as well as socks and sandals from the Roman period.

The collection contains outstanding works of art from Akhenaten’s city at Amarna: colourful tiles, carvings and frescoes, and from many other important Egyptian and Nubian settlements and burial sites. The museum houses the world’s largest collection of Roman period mummy portraits (first to second centuries AD).

More than these highlights, though, the collection is uniquely important because so much of it comes from documented excavations. The large typological series of objects (amulets, faience, objects of daily use, tools and weapons, weights and measures, stone vessels, jewellery) provide a unique insight into how people have lived and died in the Nile Valley.

Find out more about the collection and hear the latest musings from the team on the Petrie Museum blog.

Coming to see us?
Get directions to:
Explore the Petrie Museum 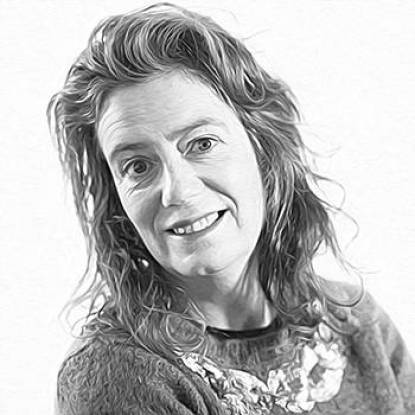