These icons of extinction had disappeared by 1681. The Grant Museum has a large assemblage of bones displayed in trays.

The dodo became extinct by 1681. Dodos are related to pigeons and lived on Mauritius, a small island in the Indian Ocean. There were no large predators there and without this threat, the wings of the dodos’ ancestors shrank and they became adapted to life on the ground. When the Dutch colonised Mauritius in 1638, dodos experienced new threats which they did not survive. Although they were not tasty, sailors and colonists hunted them in huge quantities and reports suggest that people took great amusement in watching dodos trying to escape. Due to the lack of predators on Mauritius they had no means of defence except their beaks, and were very easy to catch.

Humans brought rats, dogs, cats and pigs which helped to wipe out the species. The story of the dodo is particularly significant as it demonstrates one of the first occasions that Man realised that his actions alone had resulted in the disappearance of a species. 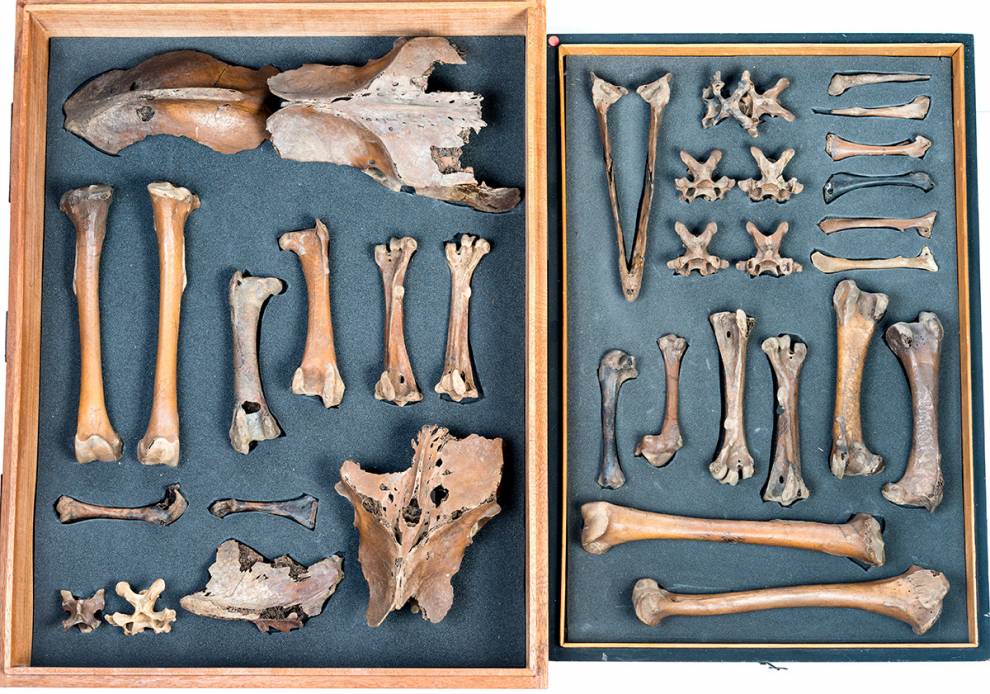 Dodos in the Grant Museum

The Grant Museum’s two boxes of dodo specimens are from the Mare aux Songes in southeast Mauritius.

The Grant’s collections represent a relatively large assemblage of bones. A lower jaw, vertebrae and leg bones are among the parts present. During the move of the Grant Museum to the Rockefeller Building in 2011, the second box of dodo bones including sterna, pelvises and leg bones was discovered in a cupboard. This is now on display alongside the original box. There was much media interest in this story.

No stuffed dodos remain in any collections. Recently the last two were lost to fire and attack from museum pests. Some museums have made mock-up dodos using pigeon and chicken feathers, and there is a head, leg and single foot remaining at the Oxford University Museum of Natural History. Detailed plaster casts of these specimens are housed at the Grant Museum.

Find out more about the Dodo on our blog. 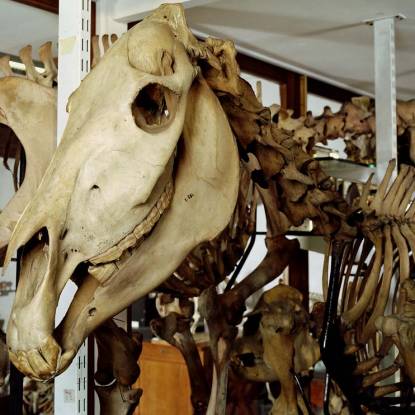 Quagga Skeleton
With only seven examples known of this South African zebra, extinct since 1883, this is the rarest skeleton in the world. 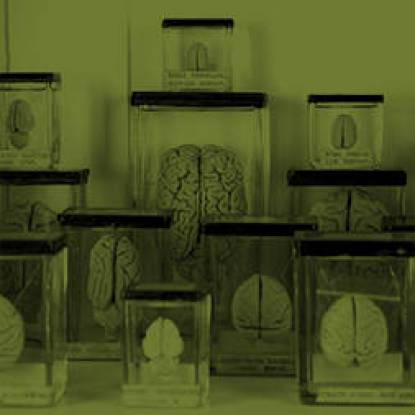