Which was your favourite museum learning programme you developed?

My favourite was a laboratory practical I developed with a PhD science student, Craig Koch, called ‘How Science Works at the Museum’... 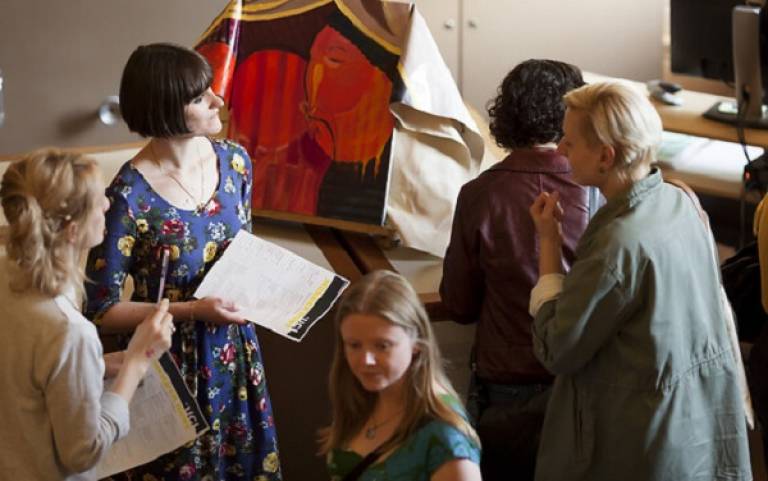 ...We wanted to give school students the chance to solve a real scientific problem, often faced by scientists at the Natural History Museum.

We challenged students to work out the age of some clay from a beach in Folkestone, by identifying any tiny fossils in it. The fossils were so small you could only see them with a microscope (‘microfossils’) and formed part of the sea plankton, millions of years ago. The students had to soak, sieve and dry the clay using a special technique, to uncover any fossils. We didn’t know what we’d find each time if anything! The students were given a ‘biostratigraphy’ chart showing the fossil species they might find, and when they lived. They usually found beautiful microfossils, called foraminifera and ostracods, among others. By identifying the species, they worked out the clay was from the Early Cretaceous period, 100-145 million years ago!

The students were usually amazed that what looked like tiny specks of clay were actually complex fossil creatures, and that by uncovering them they were the first person to see them - ever! We discussed how scientific discoveries such as theirs are checked for validity by other scientists, via the peer review process. In this way, the activity helped support a tricky part of the GCSE curriculum.

Read this blog about the activity by Dr Giles Miller, the Natural History Museum’s micropalaeontology curator.

To find out more about microfossils, and where to find them in the UK, visit this website.