What is your favourite museum object? 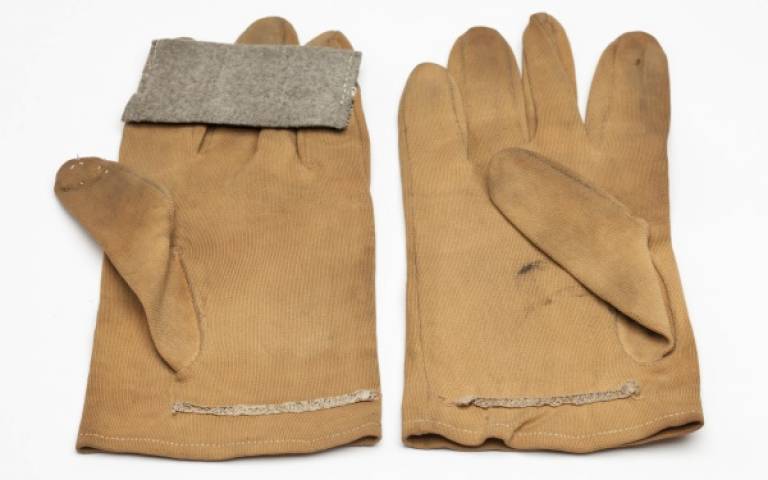 They belonged to Sir Francis Galton (1822 - 1911) who is the most influential Victorian scientist most people have never heard of.  Galton made pioneering scientific advances in weather forecasting and fingerprinting, and laid the foundations for many contemporary sciences, like psychology, genetics, and statistics.

He also came up with the idea of eugenics. Eugenics is the idea that, through careful scientific study and governmental control, it would be possible to control who gets to have children, and thereby improve the quality of the human race. Galton used this specially tailored pair of gloves to count and rate the relative attractiveness of women who walked past him in the street. He put the women into one of three categories: "attractive", 'indifferent', and "repellent", and his goal was to find the most attractive women because he believed they would make the best babies.

Galton's idea of eugenics was tied up in existing scientific ideas about 'race' -- what he and other European societies defined as biological differences between groups of people, based on their physical appearance. It's a sad fact that these harmful ideas became hugely popular in the twentieth century, and many millions of people were sterilized or killed as a result. The most infamous example, is the Holocaust – which was the systematic murder of Jewish people by the Nazi government in Germany in the 1940s – but eugenics was an international affair, and a popular political movement in Britain, the United States and the rest of Europe.

When I was at school, we talked about 'race' and racism in social studies, literature and history, but I never learned about the scientific foundations of racism, and how scientists like Galton, among his other achievements, carried out research that cemented false ideas about white people being superior to everyone else. For me as a museum curator, the joy of objects is that I can use them to tell a story. Galton's gloves help me to tell the story of Victorian science, and how it was sometimes racist and sexist – which are important things to talk about. They are an illustration of one man's work and science, and at the same time, they bear witness to a history that continues to have important implications for our lives today.