What happens when matter and antimatter collide? 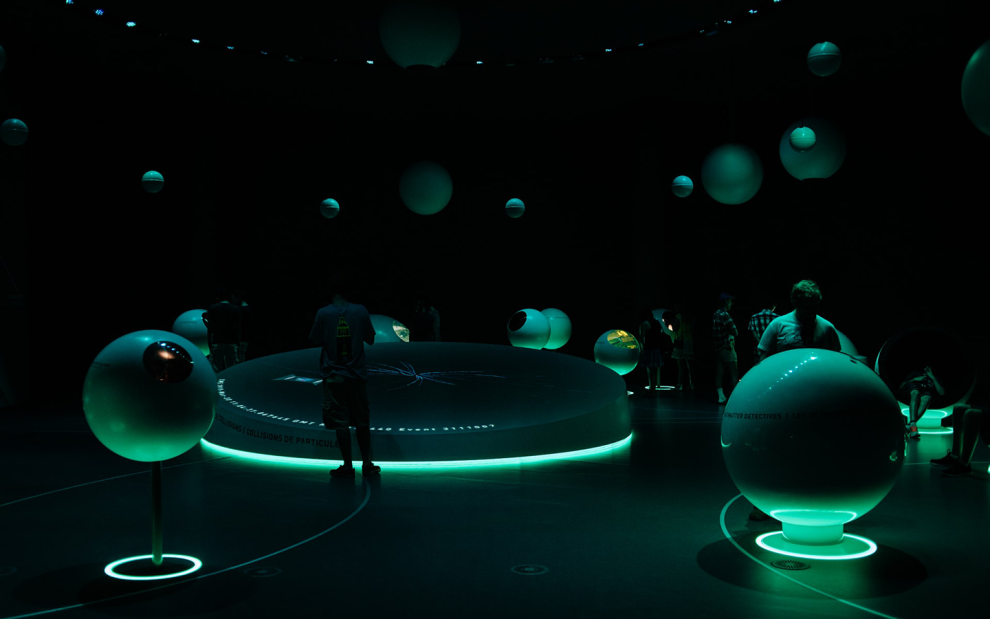 CERN – Universe of Particles (Photo by Michal Matlon on Unsplash)

Matter and antimatter are collections of particles which form particle pairs with the same mass but opposite electric charge. For example, an electron (negative charge) and a positron (positive charge), or a proton (positive) and an antiproton (negative).

When matter and antimatter collide, the particles destroy each other, with a huge energy release. Depending on the colliding particles, not only is there a great energy release, but new, different particles may also be produced (such as neutrinos and various flavours of quark – see figure below). These new particles will have a lower mass than those in the original collision, due to the law of conservation of energy and Einstein’s very famous equation E=mc2 – some of the energy goes into heat and light, some into forming the new particles.

Antimatter is all around us – for example bananas emit antimatter. This is because they contain a particular type of potassium (called potassium-40) which undergoes radioactive decay releasing a positron every 75 minutes. But this positron is very quickly annihilated by a passing electron.

In fact, trying to artificially make and keep antimatter is a difficult and expensive business. Particle accelerators, like the Large Hadron Collider at CERN in Geneva, smash particles together in order to create antimatter – but it costs billions of pounds to make tiny amounts which are very difficult to keep for any length of time because they are quickly destroyed in a collision with their matter counterpart.

In the same way particles make up matter such as chemical elements – for example, hydrogen is composed of a proton and an electron – antiparticles make up antimatter – so a positron and antiproton make antihydrogen. In principle it is possible to have anti-anything - antihelium, antioxygen, anticarbon, antielephant, antiearth. We live in a predominantly matter universe. But who knows what secrets a hypothetical antiuniverse might hold and what a collision between an elephant and an antielephant would produce! Matter-antimatter collisions create different products depending on the starting particles. When electrons and positrons annihilate each other, they make gamma rays. Protons are composed of quarks (and antiprotons of antiquarks), so these collisions involve more-complicated particle interactions. Taken from Hofstätter 2012.