What are the numbers in the toaster for? 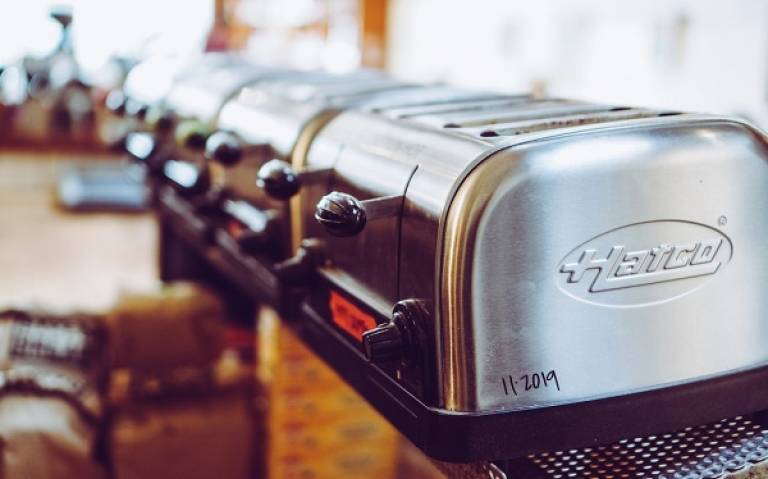 The numbers in the toaster regulate how long the bread is going to be toasted for. Once the timer has finished your toast pops out of the top of the toaster. The dial controls how much electricity goes through the switch. A lower number on the dial equates to a higher current with more heat running through the circuit, this triggers the off switch sooner, so the bread is toasted less.

From the physical point of view, the dial changes the resistance, which changes the rate at which the capacitor charges. The capacitor is a special device that stores electrical energy usually consisting of two metallic conducting plates separated by the non-conducting gap called an insulator. There is a resistance to the flow of an electric current through most conductors. The resistance in a wire increases as the length of the wire increases and the thickness of the wire decreases.

When capacitors and resistors are connected the resistor resists the flow of current that can charge or discharge the capacitor. A capacitor accumulates the charge and once a specific voltage is reached, the circuit cuts off and toast is ready. Thus, by switching the dial we regulate the timer of the toaster.