Should we forget World War 2 and move on?

This is a really tough question to ask someone who whose job it is to tell people what the past was all about, and that we probably should not forget it... 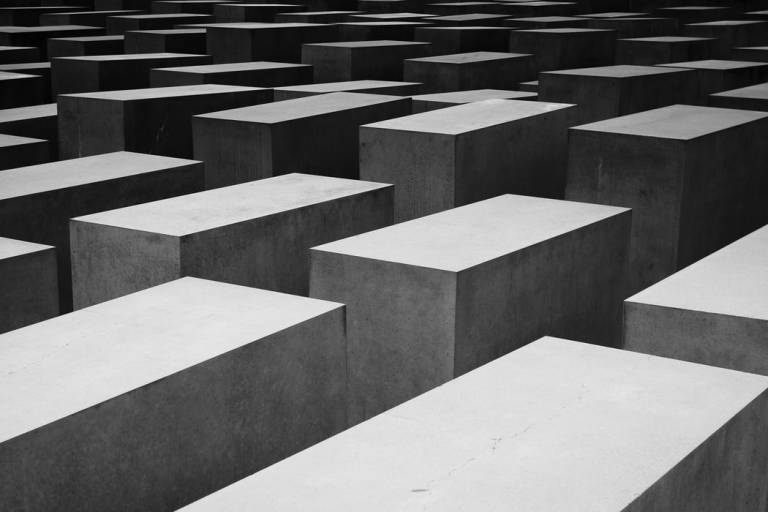 Photograph of The Memorial to the Murdered Jews of Europe, also known as the Holocaust Memorial, in Berlin. Image Credit: Andrea Nardi courtesy of Unsplash.

Let me first of all ask back: Who decides about what is forgotten, and what is remembered? You certainly will agree that there is no all-powerful 'Ministry of Forgetting' which would put into law and guidance what you are supposed to forget, let's say, starting April 1, 2021. But also the other way round, there is no 'Ministry of Remembering', ordering you to remember.

One part of this process is individual - you remember things which you believe are important, but sometimes, a memory pops up in your head, and you actually don't know exactly why. The way a community thinks about the past functions somewhat similarly - there are certain events and contexts which loom very large, such as World War Two, and it would be actually very hard to forget about it, because so many things remind us of it: Books and broadcasts, films, history lessons, names of streets and places, public celebrations... You can obviously choose to ignore all that, or at least those bits which are not part of a school curriculum. In the interest of good marks you actually do not have much choice but memorise at least up to the next exam. You can still attempt to forget it afterwards! Just as I did (to my regret!) with most of chemistry and mathematics which desperate teachers tried to teach me.

But your question was, should we forget World War Two? A philosopher (not a historian!) alive during World War Two wrote that “those who cannot remember their past are condemned to repeat it.” I could not put it better. There is very little about World War Two which makes remembering it a pleasant exercise. So much bloodshed, cruelty, loss and suffering. The murder of the vast majority of Jews in Europe. The deliberate killing of many other groups of people, for example millions of prisoners of war. So many wrong aspirations, so much deceit, so much cruel cunning, so much oppression, also in its aftermath, and in consequence of it. But engaging with this chapter also means to try understand the choices people made at the time, and to ask yourself what your own choice would have been.

You know all this: World War Two has shaped our world as it is today. Until quite recently, the entire global political order was defined by it. Because of the human suffering on a scale which is difficult to imagine, many people continue to engage with the war's legacy to this day, every day, and so do communities and entire nations. Nobody can tell you that you have to listen and engage (beyond the exams which I mentioned earlier...), but this would also mean that you choose not to be part of a conversation which is of very great relevance to so many. I would like to encourage you to do so with an open, but also critical mind. I very strongly believe that if you decide to do so, if you choose not to forget, you will actually contribute to prevent us from repeating ourselves. It would be great if you were to choose this option!