Pt.1 Could quantum gravity particles be made of antimatter, and travel in ways we can't understand?

Let’s split up this question into three main parts, each one of the most important revelations in modern physics; ‘Quantum’, ‘Gravity’ and ‘Antimatter’ before getting to grips with the whole question. 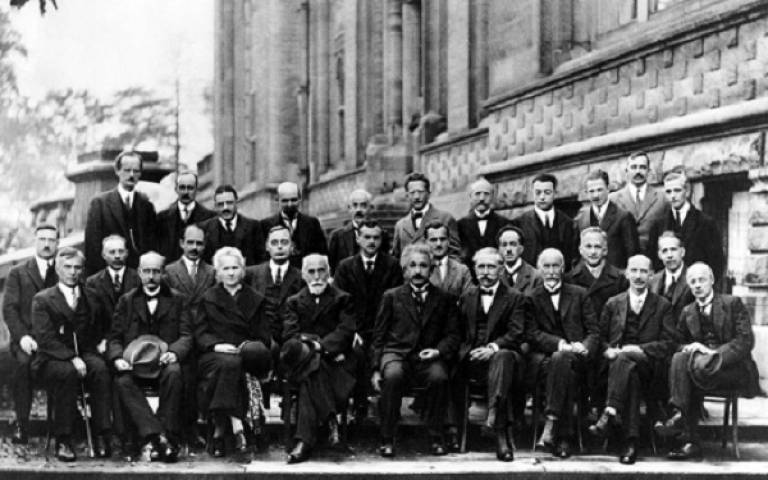 Quantum Mechanics is all about physics at extremely small scales.  Physicists like Niels Bohr and Max Planck started to realize that atoms didn’t seem to behave the way scientists like Isaac Newton or Albert Einstein predicted they should.  When we look at very small things (for example atoms or parts of atoms like electrons) they don’t behave as we would expect in classical physics; Imagine you are throwing a tennis ball against a wall, in classical physics we can use Newton’s laws to predict what will happen. We know the ball will bounce off the wall, and we can even model how it will travel if we know the ball's position and mass x velocity* (known as momentum) (we can improve our model even further if we make some assumptions about the elasticity of the ball, friction and air resistance).

Snapshot from a video showing Quantum Tunnelling and how it links to smell see a video made by students at UCL’s Phys Film Makers:  https://www.youtube.com/watch?v=i_w9SXTYCkc&list=PLzzIa5YfF-iIu7cpc_Ib4BvUFL79QRLzM

Now when we start looking at atoms and smaller, something strange starts to happen. A German physicist called Werner Heisenberg calculated that you can only know -exactly- the position -or- the momentum of an atom.  So if you know an atom's position you can’t know exactly what the momentum will be, this is called the Heisenberg Uncertainty Principle.  Even more weirdly if you know the momentum of an atom (which is akin to the speed, internal energy or temperature), then you don’t know exactly where it is!  That’s like our ball being thrown against a wall and instead of bouncing off the surface, it is a bit inside and a bit outside of the wall.

Quantum Mechanics tells us the probability of finding the ball in a variety of locations.  For all but the smallest of objects this doesn’t matter, so our tennis ball can be modelled using Classical (Newtonian) Mechanics, but as objects get smaller down to the size of an atom we have to take quantum effects into consideration.  This isn’t just in theory, the process of fusion that powers all the stars including our Sun wouldn’t be possible without this probability effect** known as Quantum Tunnelling, allowing hydrogen atoms to get close enough to fuse and release the energy required to heat the star.  A universe without quantum effects would be very different, and it seems unlikely life would be around to ask these questions in the first place.

Notes
* Velocity is a measure of speed, but it is a vector so has magnitude and direction.  Speed is a scaler, it only has one value, the magnitude, and no direction is given.
** This probability factor, and not being able to determine things exactly no matter how good your measurements are, upset many scientists including Albert Einstein who suggested [The Universe] “does not play dice”.  Paraphrased here so as to not bring in extra misconceptions that Einstein said he never intended.

Read Part 2 which is all about Gravity...