Does communism work? If so, why not?

Your question is very broad, and so impossible to fully answer in a few words, but I will do my best. 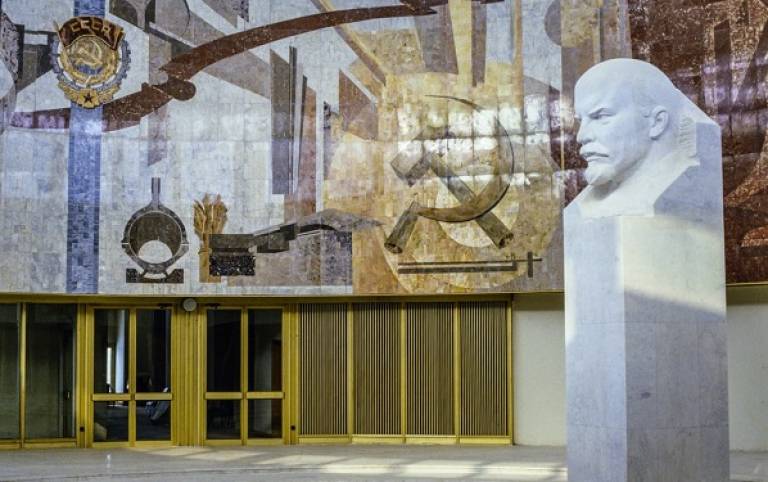 But first we need to define ‘communism’. I agree with Wikipedia: it is “a philosophical, social, political and economic ideology and movement”. For communists, a communist society, in which there is “common ownership of the means of production and the absence of social classes, money and the state” is an ideal state: that is, no existing system actually reaches that ideal.

Although communist ideas existed before Karl Marx wrote the ‘Communist manifesto’ in 1848, that document has come to represent the core ideas of modern communist ideology and movements. Marx later wrote ‘Capital’, a more detailed analysis of how the existing ‘capitalist’ system worked. His writings inspired many movements, including the 1917 Russian revolution. As a result, ‘communism’, which is an ideology, is commonly confused with the political and economic system that developed in the Soviet Union after the Russian revolution.

Marx suggested that on the path towards ‘common ownership’ there would need to be a transition phase involving state ownership. In the Soviet Union, the government nationalised private property, but state ownership itself is not ‘communism’. Nonetheless, the Soviet system has become the commonly used meaning of ‘communism’.
Your question probably refers to ‘communism’ in that sense. The Soviet Union’s ‘communist’ system imposed central government ownership and control (a system also imposed on other countries in the ‘Soviet bloc’ in Eastern Europe), rejected elections on the grounds that the ‘communist’ party represented the people, and used a repressive system to suppress dissenters. Its economy stagnated and it became increasingly unpopular until its collapse in 1989-90.

So the Soviet system (which had gone through various stages) lasted just over 70 years, but clearly, in the end, did not ‘work’.

Why did Soviet communism not work? That is another complicated question, but it boils down to an over-centralised, oppressive, bureaucratic and rigid economic and political system.

The failure of the Soviet system has been widely hailed as proof that ‘communism’ does not work, but this idea is based on the mistaken idea that communism means the Soviet Union’s system.

In some cases when communists have gained power, economic and social outcomes have been relatively positive. In the state of Kerala in India, where the communist party is strong and influential (often winning elections), it has helped to build a relatively strong economy, educational system and social safety net. In terms of economic performance, China, where the Communist Party rules with no other legal parties, has been outstanding in recent decades; while in Cuba, also with a one-party community party-ruled government, economic performance has been weak but social indicators (life expectancy, educational level) have been remarkably good. These three cases are examples of very different systems ruled by communists. That is, ‘communism’ is not a single political and economic system.

So the answer to your question is that the fall of the Soviet Union does not prove that communist systems do, or do not, ‘work’.

However, the communist ideology, which argues that the current ‘capitalist’ system is unfair and that it is possible to challenge it, has therefore ‘worked’ in the sense that it has inspired people to push for social change: communists have therefore been among trade unionists using political and industrial pressure to secure fairer working conditions, and campaigners for health services, equal opportunities, and a fairer global economic system.