Do cats actually eat mice? Or do they just see them as a toy? 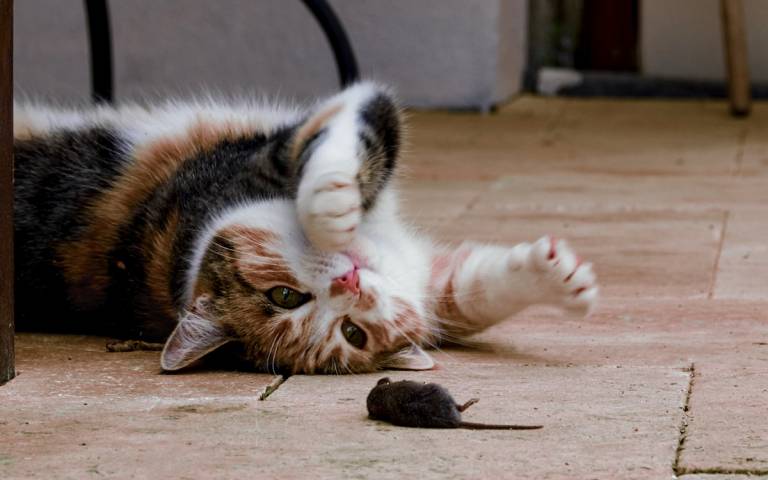 Cats do indeed eat mice, as well as rats, other small mammals, and birds.

The act of cats ‘playing’ with their food is so that they can hone their hunting skills. ‘Playing’ is seen more in indoor domestic cats as they have not had to learn to hunt from their mothers, who would normally teach their kittens to hunt as early as 6 weeks old. In the past cats were seen more as outdoor animals and were used as pest control due to their skills at hunting.

Domestic cats however don’t always kill their prey, instead they can present them to their owners as ‘trophies’ or as gifts, these offerings sometimes are a way for your cat to try and ‘teach’ you to hunt, as it believes you need the practice.