Are children who act in R-rated movies allowed to watch the film when it’s done? 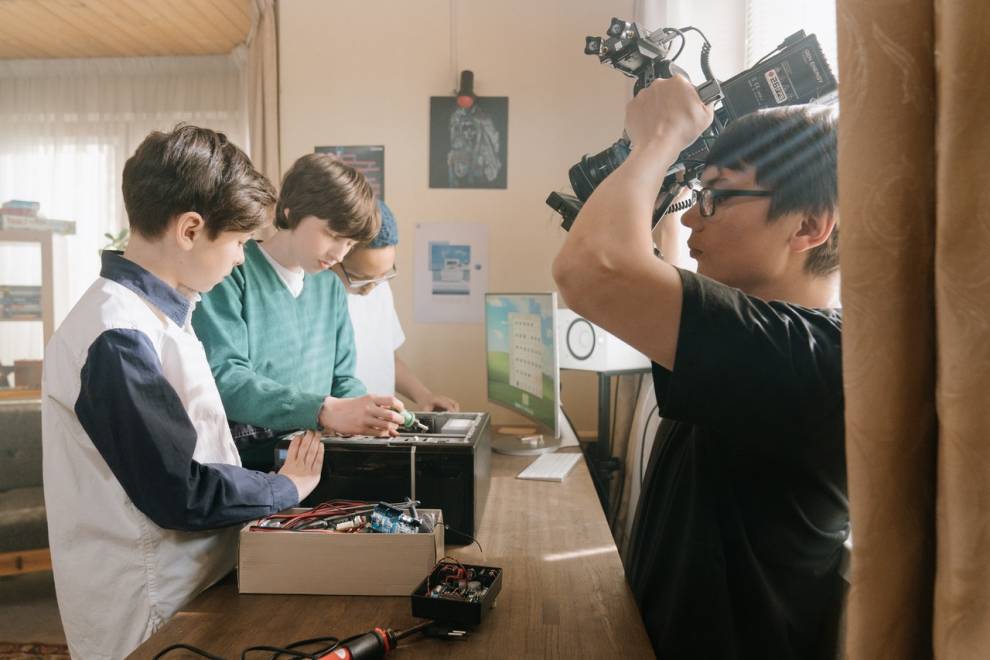 First off, it’s important to note that the rating system is advisory, which means that it provides helpful guidelines for parents, guardians, and distribution companies, for instance, but it is not illegal for someone who is underage to watch this type of content. The British Board of Film Classification (BBFC) clearly states that this is to do with child welfare; the system is meant ‘to help children and families choose what’s right for them and avoid what’s not’.

So, they look at things such as strong language, graphic violence, nudity, etc and decide if it would be okay to expose young viewers to such content. Technically, then, children could be allowed to watch R rated films in a theatre, provided they are accompanied by an adult, but it is imperative to note that this could affect the child’s development, for example (there is a reason why these guidelines exist!). At home, it remains at the discretion of a parental figure. But the issue is even more complex than this, not the least because the rating system varies greatly between different countries. For instance, the same film may be rated R here in the UK and PG-13 in the US. It is therefore somewhat subjective.

To sum up, it may appear rather puzzling, but children (and any underage actor) who act in R-rated productions should not watch the film when it’s done. They should abide by the same regulatory system as the rest of the population to ensure their own wellbeing. I leave you with a little personal anecdote: as someone who has been passionate about film from a very young age, this is a question I was very much intrigued by when I was about 13 and read that an actress I liked (Anna Paquin) and whom I was used to seeing in family-friendly films, such as Fly Away Home (1996).

You can see her accept her Academy Award here^.

I was surprised to find out that she had won an Oscar in 1994 at the age of eleven (becoming the second youngest winner ever) for her performance in an R-rated film. While trying to find more information about this at the time, I read an interview where the young actress expressed her disappointment and frustration at not being able to watch the film for which she was being praised all over the world! I think this nicely captures the complexities of the very interesting question you have raised.