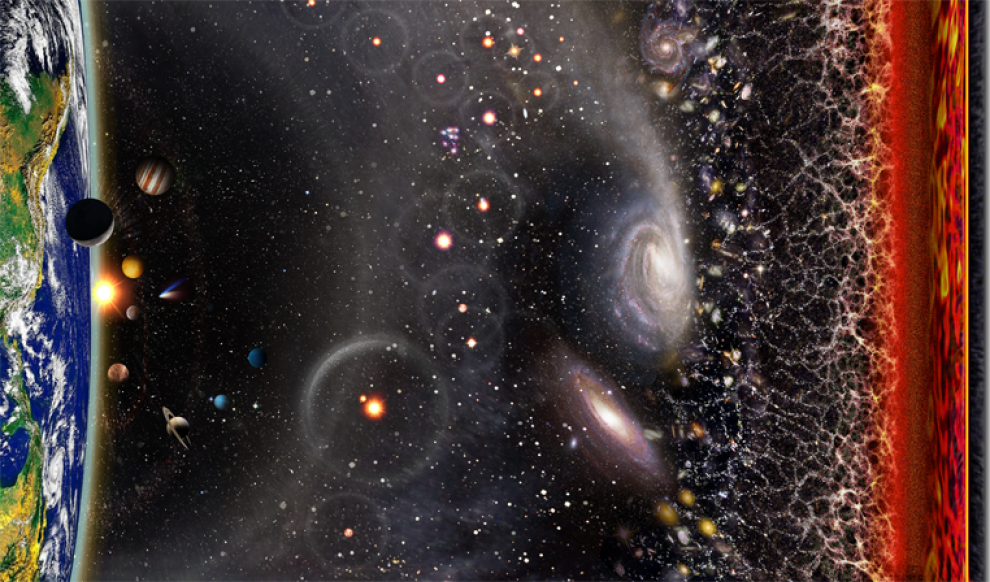 Analysis of gravitational waves produced by standard sirens -- mergers of black-hole and neutron-star binary systems -- will revolutionize our view of the Universe's expansion history. These signals provide direct distance estimates to objects hundreds (and thousands) of megaparsecs from the Milky Way, without the need for complicated distance ladders. Redshifts for these mergers can be found from confirmed electromagnetic counterparts, catalogues of potential host galaxies or features in the (redshifted) mass distributions of the binary components. Combining the standard siren distances and redshifts yields a dataset that constrains the Universe's expansion from the present back to the point at which dark energy first became dominant: a powerful probe of both the Hubble Constant and theories of dark energy and modified gravity.

The Hubble Constant is a huge source of controversy in modern cosmology, with high-redshift predictions differing from local distance-ladder measurements at the four-sigma level. A systematics-free local Hubble Constant that does not rely on complicated ladders is critical to understanding the cause of this tension. Standard siren datasets can provide this measurement, but they are subject to complicated gravitational-wave and electromagnetic selection effects that render calculation of the full likelihood extremely computationally challenging. Approximating the likelihood runs the risk of introducing systematics. We can, however, simulate these datasets accurately, and thus use likelihood-free inference to produce robust physical conclusions.

The aim of this project is to develop likelihood-free inference of standard siren datasets to measure the Hubble Constant and constrain models of dark energy. We will apply these methods to datasets comprising gravitational wave observations from the LIGO-Virgo Consortium and redshifts from DES/LSST confirmed counterparts and galaxy catalogues. This requires state of the art simulations of the combined datasets, incorporating all relevant systematic and selection effects, considering all parameters of interest, including event rates, component mass distributions and environmental effects, to avoid biases. We will also improve the estimation of the sirens' peculiar velocities, an important source of uncertainty in the nearby Universe, using large-scale structure simulations and data.

Likelihood evaluation is also a major issue in the analysis of particle collider data. These data are increasingly formidable in volume, produced by complex non-linear physical processes, and observed with complicated selection functions, rendering explicit calculation of the likelihood intractable without considerable approximation. The techniques developed by the student for cosmological likelihood-free inference will therefore be highly relevant to collider data analysis, and the student will also apply these techniques to data from the Large Hadron Collider to investigate physics beyond the Standard Model.