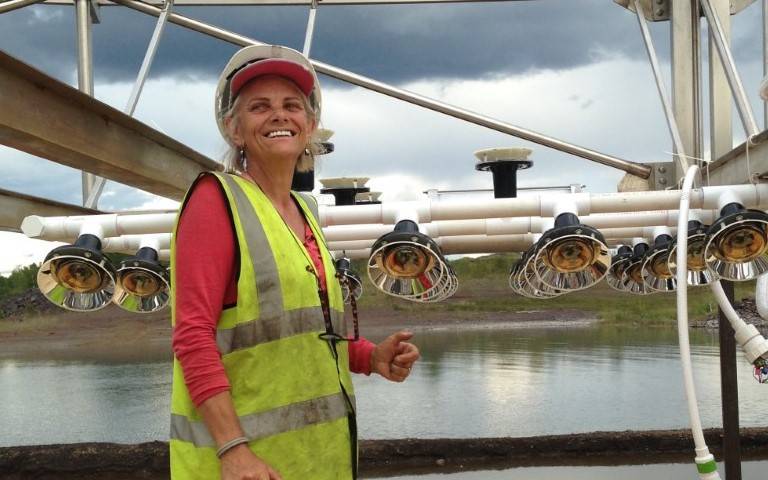 Professor Thomas (UCL Physics & Astronomy) was awarded the Royal Society Professorship for her project Peering at neutrino oscillations with a magnifier. Through this work she aims to improve our understanding of neutrinos by building effective and affordable detection instruments. These will be used in a megaton detector array in order to capture enough of these hard-to-detect particles, and to measure their properties with very high precision.

Because neutrinos have a near-zero mass, they are the ultimate cosmic messengers, travelling through space virtually unimpeded at nearly the speed of light – often passing right through Earth without interacting with other particles. Scientists therefore rely on massive detectors, often made of water, where a fleeting flash of Cherenkov radiation can be detected when a neutrino does collide with a nucleon in the water. Professor Thomas’ work could make detectors on the megaton scale a reality and open a new window on the neutrino.

Venki Ramakrishnan, President of the Royal Society, said: “We are delighted with the six appointments made in this year’s Royal Society Research Professorship competition.”

“The newly appointed Research Professors join a world-class cohort of leading scientists that have and continue to make exceptional contributions to science. This type of investment in world-leading talent is crucial to the continued success of UK science.”