Department of Physics and Astronomy

My research aims to test fundamental physics using large cosmological datasets, including the cosmic microwave background (CMB) and galaxy surveys, using an interdisciplinary approach combining observations, theoretical physics, and advanced statistical methods. I also enjoy thinking about galaxy evolution, stellar dynamics, and the structure of the Milky Way. More broadly beyond astrophysics, my research involves interdisciplinary collaborations at the interface of cosmology with particle physics and condensed matter physics. My work has been recognised by national and international awards and prizes.

I am a Professor of Astrophysics in the Astrophysics Group in the Dept. of Physics and Astronomy at UCL. I am the founding Director and current co-Director of the UCL Cosmoparticle Initiative which brings together researchers in the Astrophysics, High Energy Physics, and Atomic, Molecular, Optical, and Positron (AMOPP) Groups with space scientists from the Mullard Space Science Laboratory. I also lead the UCL involvement in the Quantum Simulators for Fundamental Physics (QSimFP) Consortium, funded by UKRI’s Quantum Technologies for Fundamental Physics programme.

I am currently spending half my time away from UCL at the Oskar Klein Centre for Cosmoparticle Physics in Stockholm, where I am the PI of the European Research Council (ERC) Advanced Grant project CosmicExplorer. At Stockholm I lead Swedish involvement in the Vera C. Rubin Observatory’s Legacy Survey of Space and Time (LSST), supported by a Knut and Alice Wallenberg Foundation grant (profiled here and here). I am also PI of AxionDM, a research environment grant from the Swedish Research Council supporting axion dark matter research.  I am a Co-Investigator of two major projects on multimessenger astrophysics and cosmology with gravitational wave sources and their electromagnetic counterparts (funded by the Swedish Research Council and the Wallenberg Foundation respectively). I was also Director of the Oskar Klein Centre from 2016—2022.

Prior to beginning a faculty position at UCL in 2009, I was an STFC Advanced Fellow at the Institute of Astronomy, University of Cambridge and a Junior Research Fellow at King's College Cambridge. Previously, I was a Hubble Fellow in the Kavli Institute for Cosmological Physics at the University of Chicago. I did my postgraduate research at the Department of Astrophysical Sciences at Princeton University. I was an undergraduate at the University of Cambridge, where I was a member of New Hall. I was born in Sri Lanka, a beautiful island in the Indian Ocean.

From 2001-2006 I was a member of the WMAP Collaboration. The cosmic microwave background (CMB) data from the Wilkinson Microwave Anisotropy Probe (WMAP) formed the foundation for the era of precision cosmology, and dramatically improved our understanding of the basic characteristics of the Universe (its contents, history, expansion rate and eventual fate).

From 2009-2019 I was a member of the Planck Collaboration. Planck, an ESA satellite, was the successor to WMAP and mapped the primordial fluctuations with exquisite precision. From 2013-2018 I was the Principal Investigator of the CosmicDawn project, funded by the European Research Council under the FP7 Ideas programme, which yielded insights into the physics of the primordial Universe.

My main current survey collaboration is the Legacy Survey of Space and Time (LSST, previously known as the Large Synoptic Survey Telescope), to be conducted at the Vera C. Rubin Observatory currently under construction in Chile. I am also a member of the ongoing Dark Energy Survey (DES) and the Dark Energy Spectroscopic Instrument (DESI). These next generation galaxy surveys will yield deep insights into the evolution of the Universe and its underlying physics.

I served as Vice-President (Astronomy) of the Royal Astronomical Society during 2016-2018. I am currently serving as a member of STFC Council, the senior strategic advisory body of the research council that funds particle physics and astronomy in the United Kingdom. In 2022 I was elected a Foreign Member in the Physics Class of the Royal Swedish Academy of Sciences. 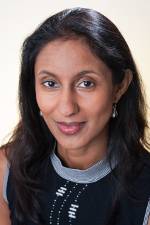