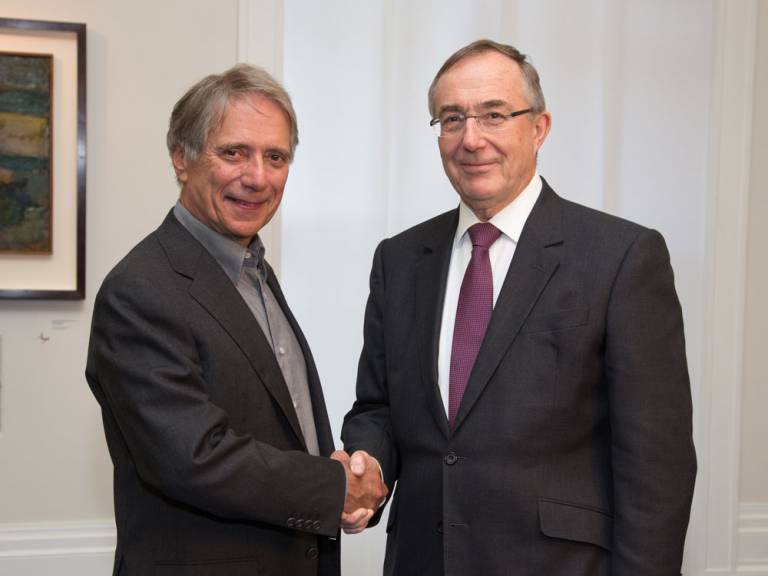 The Iceland Foods Charitable Foundation (IFCF) has today fulfilled its pledge to donate a total of £10 million to support the development of the Hub of the new UK Dementia Research Institute at UCL, a year ahead of schedule.

Iceland has raised these funds through the sale of 5p single-use carrier bags in Iceland stores across the UK and through the generosity of its people, customers and suppliers. An initial gift of £3 million was made in January 2017 and the balance of £7 million was presented to UCL today.

Sir Malcolm Walker said: "At Iceland, we have been fundraising for dementia research for several years, and I am delighted we have been able to do so much to help improve understanding of the condition as well as raising substantial sums of money to help find a cure. This is a cause immensely close to my own heart, and those of my customers and colleagues. There is hardly a family in the country that has not been affected by dementia and by partnering with UCL, I know we are fighting for a future in which no life is blighted by this devastating disease."

Professor Michael Arthur, UCL President and Provost, said: "We are delighted that Sir Malcolm and Iceland have made this very generous donation to dementia research at UCL. Iceland's own strategic philanthropy, and Sir Malcolm's key role in establishing the Retail Partnership, have been a real catalyst for change and central to making the Hub of the UK Dementia Research Institute a reality. UCL is already - and as the Hub will continue to be - at the forefront of research into treatments and cures for dementia. As we lead a grand coalition of universities, charities, and industry partners, we have the opportunity to be truly transformational and to make real progress in the battle against this devastating disease."