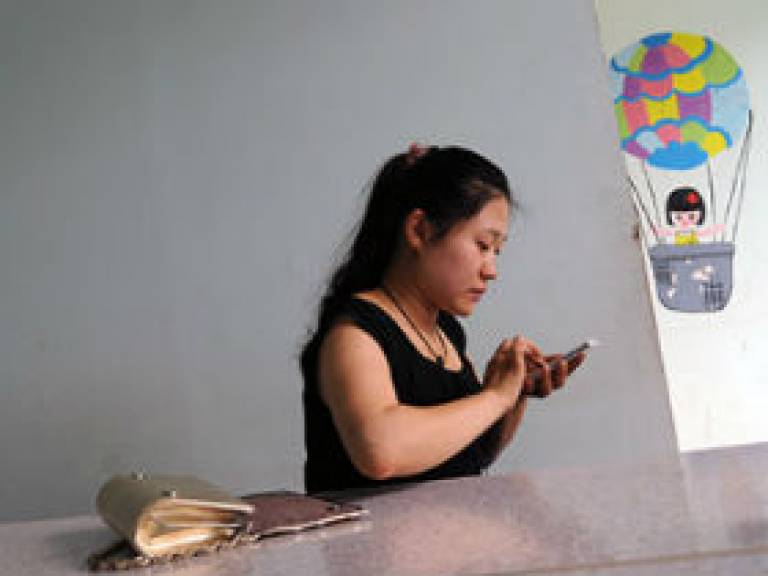 Why do we post selfies in England and footies in Chile? Why is social media considered a distraction to education in rural China, yet a valuable learning aid in Brazil? And how quintessentially English are we when it comes to our social media activity?

These are just some of the big themes explored in 'Why We Post' - a global social media research project carried out by a team of UCL anthropologists, launched on 29th February 2016.

The landmark project saw nine UCL anthropologists each spend 15 months living in eight countries* in communities as varied as an English village, a factory town in North China, and a community on the Turkish-Syrian border.

Each team member conducted in-depth analysis into how the local populations behave and interact across social media channels and how these platforms are impacting on the way we live our lives, with the findings available via a dedicated website, an e-learning course and 11 Open Access books.

Some of the study's key conclusions include:

We tend to assume social media is a threat to privacy, but sometimes it can increase privacy: in most regions there is considerable anxiety about the threat to privacy posed by social media. But some of the largest populations in East and South Asia live in extended families with limited expectations of individual privacy. For them social media can be their first experience of this kind of privacy.

It's the people who use social media who create it, not the developers of platforms: content such as school pupils banter, funny videos, and shared baby photos come from users, not the creators of platforms, and genres often migrate happily across very different platforms.

The results of the project are being unveiled on UCL's 'Why We Post' website, with over 100 videos and 15 key findings as well as via a free e-learning course in English on FutureLearn, at and in seven other languages at UCL Extend.

The first three of 11 free books outlining the findings of the project are also available now from UCL Press.

Professor Daniel Miller (UCL Anthropology), who spearheaded the project, commented: "It is surprising how little we knew about how ordinary people all around the world use social media and the extraordinary consequences it is having on their lives."

*The eight countries studied as part of the project were: England, Turkey, Italy, Chile, Brazil, China (with one field site in a Chinese factory town and one in a Chinese village), India and Trinidad.