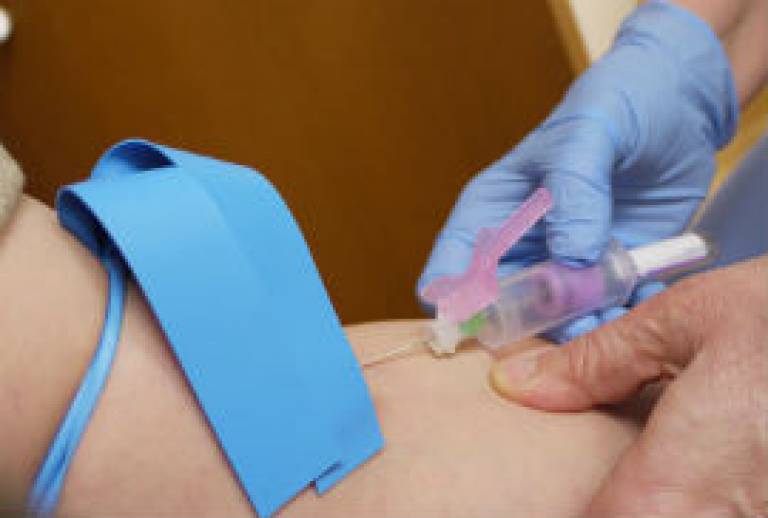 New results from the world's biggest ovarian cancer screening trial led by UCL suggest that screening based on an annual blood test may help reduce the number of women dying from the disease by around 20%.

The research, published in the Lancet on 17 December, also cautions that longer follow up is needed to establish more certain estimates of how many deaths from ovarian cancer could be prevented by screening. Estimates from the results so far are promising, but the exact figures remain uncertain.

The UK Collaborative Trial of Ovarian Cancer Screening (UKCTOCS) is an international ovarian cancer screening trial, led by UCL and funded by the Medical Research Council, Cancer Research UK, Department of Health and The Eve Appeal.

The study showed a delayed effect on mortality between the screening and control arms, which became significant after the first seven years of the trial. The research team are now following up the study for three more years to establish the full impact of ovarian cancer screening.

The early results suggested that approximately 15 ovarian cancer deaths could be prevented for every 10,000 women who attend a screening programme that involves annual blood tests for between seven to 11 years.

The trial also confirmed previous findings that on average, for every three women who had surgery as a result of an abnormal screen, one woman had ovarian cancer while two women did not. For those who had surgery, around three per cent had major complications, which is the standard complication rate for this type of surgery in the NHS.

The screening blood test, called ROCA uses a statistical calculation to interpret changing levels over time of a blood protein called CA125, which is linked to ovarian cancer. This gives a more accurate calculation of a woman's individual risk of having ovarian cancer, compared with an alternative method which uses a one-off blood test measuring a fixed 'cut-off' point for CA125. The ROCA is licensed to Abcodia Ltd., a UCL spin out company.

Study author Professor Ian Jacobs, President and Vice-Chancellor of UNSW Australia and Honorary Professor at UCL, who co-invented the ROCA in 1996 and is also a non-executive director of Abcodia Ltd. said: "I am delighted that the UKCTOCS results suggest that early detection by screening can save lives. Longer follow up is needed but this brings hope in the fight against a disease for which the outlook for women is poor and has not improved much during the last three decades."

Professor Usha Menon, UCL Women's Health, who co-led the trial and receives research funding from Abcodia Ltd., said: "UKCTOCS has been an immense research effort spanning 14 years, over 200,000 women and 700,000 annual screens. Finally we have data which suggests that screening may prevent ovarian cancer deaths. This is welcome news and provides fresh impetus for renewed efforts in this area."

Dr Fiona Reddington, Cancer Research UK's head of population research, said: "This trial has been incredibly useful in improving our understanding of ovarian cancer. Detecting it early is vital to make sure that patients have the best treatment options and that more women can survive the disease. It's uncertain whether or not screening can reduce ovarian cancer deaths overall. While this is an important step in ovarian cancer research, we would not recommend a national screening programme at this point."

Athena Lamnisos, CEO of The Eve Appeal said: "These results don't necessarily signal the introduction of a national screening programme, but they are an exciting step forward for early detection of ovarian cancer. Medical research takes time to shift from the lab bench to the hospital bedside; today, the UKCTOCS results move early detection one step closer."

Research paper in the Lancet

Blood test (courtesy of Thirteen of Clubs on Flickr)