Consultant of the Year Award winners 2014 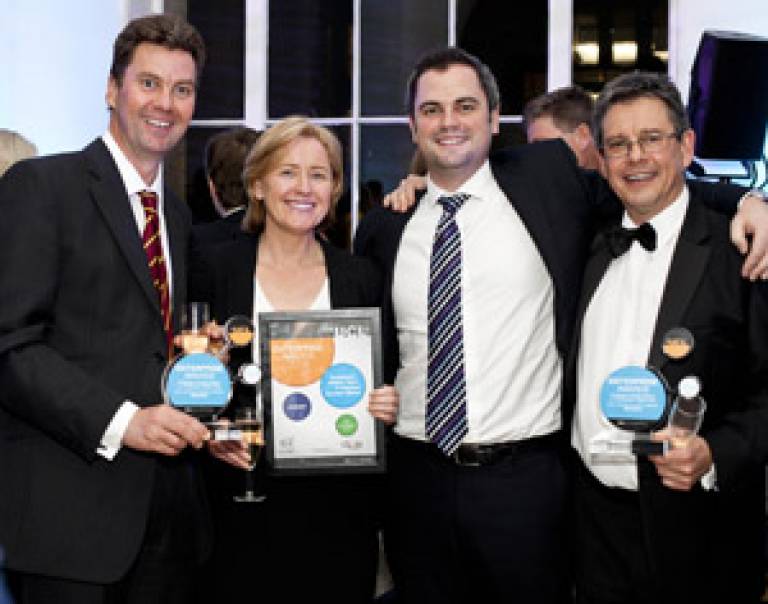 UCL Consultants were delighted to award the Enterprise Award for Consultancy to Professor's Alister Hart and Gordon Blunn from The Institute of Orthopaedics and Musculoskeletal Science (IOMS).   Both academics have been involved in consultancy projects with a total overall value of £2 million over the last two years.

A number of Gordon's and Alister's consultancies are undertaken in conjunction with the LIRC, which is a retrieval program established to provide independent insight and guidance to assist implant manufacturers, medical professionals, and regulatory agencies by analysing and publishing data on failed hip components, and it has also developed new protocols for retrieval and the detection of faulty implants.

For more information about the London Retrieval Centre (LIRC) please click on the link:  www.lirc.co.uk