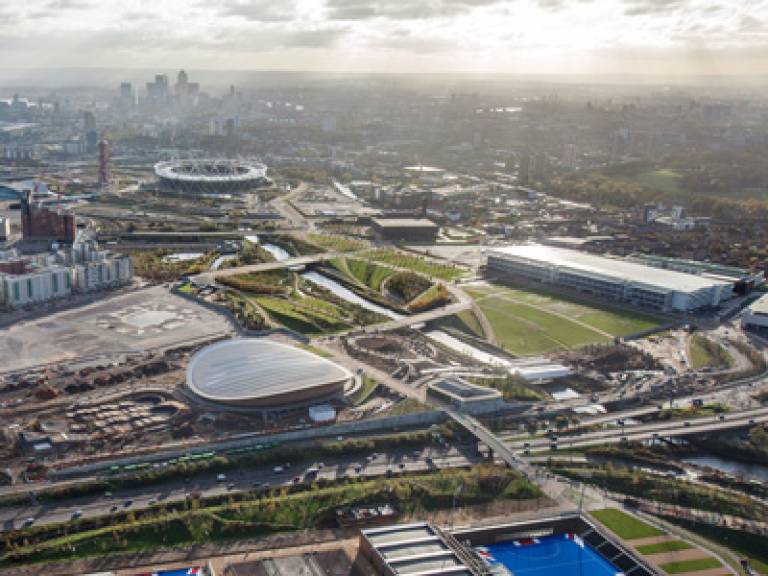 UCL is to build a new second campus on Queen Elizabeth Olympic Park, to form part of a wider Education and Cultural Quarter following the government's announcement of £141m in support of the project.

UCL East, expected to open in 2018, is envisaged as a radical new model of how a university campus can be embedded in the local community and with businesses, as well as providing world-leading research, education, entrepreneurship and innovation.

It is anticipated that the new UCL East site south of the ArcelorMittal Orbit will cover 11 acres and provide up to 125,000m2 of space, with the first major construction phase of the development establishing an operational presence on the Park by autumn 2018.

With the project now confirmed, UCL will be seeking to develop some immediate initiatives that can be developed ahead of the main building project, building on community engagement initiatives that have been taking place over the last year, including summer schools, activities by the Grant Museum of Zoology for families, a mentoring scheme and taster days to encourage young people across Newham to consider going to university.

The first phase of the UCL East site - totalling 50,000 m2 - will bring together expertise across disciplines, with the aim of forging new connections between researchers and business; fostering radical innovation, new insights and new industries.

The UCL Generator which will build on UCL's existing world-class activities in design to open the university's first School of Design. The School will offer a new taught courses in Design alongside research and innovation opportunities.

The Generator will also include a UCL Museum of the Future- a reinvention of the university museum for the 21st century. An indoor and outdoor experience, the Museum will use immersive exhibition galleries, collections libraries, studio and performance spaces to engage visitors

The UCL Centre for Experimental Engineering, which will be established to address the acute skills shortage in engineering.

As part of this, a new UCL Centre for Engineering Education will be established to develop new approaches to experiential learning in engineering, alongside prototyping and manufacturing facilities, which will be housed in the new UCL Make Space East.

There will be cutting-edge large-scale fabrication and prototype development facilities which - as well as being available to research staff and students - will be made available for industry collaboration to help boost growth.

UCL will also seek partners to develop a new engineering apprenticeship scheme for local young people, to equip them with the skills to become the next generation of engineers.

UCL Living will comprise living space for undergraduates, postgraduate research students, as well as early career academic staff, with the aim of providing a way of innovating new ways of living in 21st century economies.

A second phase of the development will deliver an additional space of up to 85,000 m2 with an anticipated opening date of 2020, with details to be confirmed.

"UCL East represents the largest ever single expansion of UCL since the university was founded nearly 200 years ago. "Our new site will be a beacon of how universities should work in decades to come - outward looking, connected to the local community and providing facilities to businesses to work on site to bring new discoveries and inventions out of the lab and into the marketplace.

"Our plans are designed to make a real and practical difference to the lives of people in Newham and London more widely, as well as making a genuine contribution to growth and jobs.

"London can be the global capital for higher education and we see this development - alongside many others in London - as being an important step in that direction."

In addition to the Government's support for the project, UCL has committed to investing up to £270m to support the first phase of the development. The campus will embody the spirit of openness and accessibility and will be highly collaborative - breaking down the barriers between disciplines, sectors and between research, education and enterprise. It will be a campus designed to deliver a legacy of ambition, access and aspiration, for London.

further information can be found here