Post-licensing use of antiretroviral drugs in HIV-positive people

UCL has been working with the Centre for Health & Infectious Disease Research (CHIP), one of the biggest Europe-wide studies into the impact of antiretroviral drugs 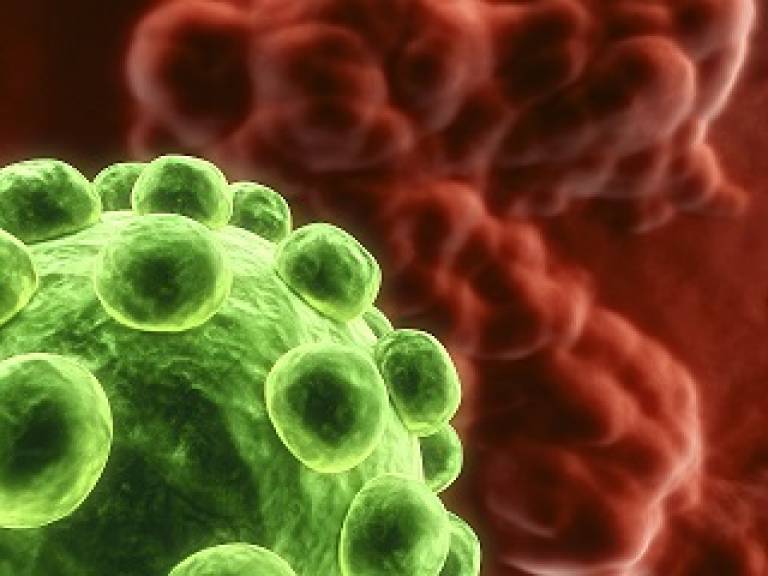 According to the latest statistics published by UNAIDS, WHO and UNICEF in December 2012, the number of people living with HIV rose from around eight million in 1990 to 34 million by the end of 2011. This figure includes around 900,000 adults and children in Western and Central Europe.

The overall growth of the epidemic has stabilised in recent years. The annual number of new HIV infections has steadily declined and, due to the significant increase in people receiving antiretroviral therapy since the 1990s, the number of AIDS-related deaths has also declined.

The HIV Epidemiology and Biostatistics group at UCL has longstanding and very close links with an academic group of clinicians and researchers at the Centre for Health and Infectious Disease Research (CHIP), based in Copenhagen.

EuroSIDA is one of the observational cohort studies - which follows a group of HIV positive individuals over a period of time - jointly run by UCL and CHIP. In fact, it is one of the largest European prospective observational cohort studies and involves more than 18000 HIV-positive people followed in 107 hospitals in 37 European countries, as well as Israel and Argentina.

Led by Amanda Mocroft, Professor of Epidemiology and Medical Statistics at UCL, and Dr Ole Kirk from CHIP, the study's main objective is to follow the long-term clinical prognosis for the general population of HIV-infected patients living in Europe and to assess the impact of antiretroviral drugs on the long-term prognosis for these patients. The main source of financial support for the study has been through the European Commission.

As a large and heterogeneous cohort, and uniquely including persons with HIV from Eastern European countries, EuroSIDA has often been invited to perform post-licensing analyses of uptake, utilization and monitoring of toxicities of anti retrovirals by the pharmaceutical companies which license them.

These ad-hoc reports have been commissioned through CHIP, who have used UCL Consultants to arrange the consultancy service and contract to perform the work at UCL.

The funds from these consultancy projects have been used to finance several PhD projects, attendance at conferences and usually result in a peer-reviewed publication for the study to ensure the results appear in the public domain. For example, in 2012, EuroSIDA was asked by Glaxo-SmithKline (GSK) to conduct a survey in its participating clinics about the uptake and use of ATRIPLA. This work was included in an ongoing consultancy between UCL and CHIP, managed by UCL Consultants. The survey was performed within EuroSIDA, with statisticians at UCL analysing the data and reporting to GSK. The results were also presented at the 2013 European AIDS Conference in Brussels, and subsequently published (Mocroft et al, Infection 2014;42(4):757-762).

Professor Mocroft added, 'The collaboration worked extremely smoothly from start to finish - UCL Consultants answered my queries and dealt with the contractual and financial aspects professionally and quickly. The resultant study not only provided the required information to the pharmaceutical company, but also led to a peer reviewed publication, which shows the implementation of a specific antiretroviral drug regime across Europe, and how that compares with prescribing guidelines. This is of particular interest in Eastern Europe where there is little data from observational HIV cohorts'.

Petra Dimmers, Senior Project Manager at UCL Consultants, added, 'This study has huge societal impact. The better understanding it delivers in terms of the efficacy of antiretroviral drug regimes will be of great help in the ongoing fight against HIV, both in Europe and across the world. I'm delighted I was able to help the UCL team take a leading role in this important work.'