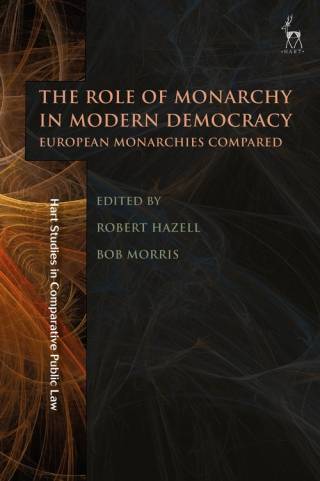 Monarchy is the subject of endless fascination and media speculation, but also subject to myths and misunderstandings. Through this project Professor Robert Hazell and Bob Morris hope to develop a better informed public debate about our expectations of the monarchy, its role and its future; and to widen the insular British debates by including European perspectives.

There are seven other parliamentary monarchies in Europe, including some of the most advanced democracies in the world. In 2019 the Constitution Unit convened a group of academics from across these countries to explore a number of important questions: What is the monarch’s constitutional and political role? How much power does the monarch have? How is the monarchy defined and regulated? What is the role of monarchy in a modern democracy?

Book: The Role of Monarchy in Modern Democracy: European Monarchies

These are some of the questions considered in this edited collection on the monarchies of Europe. The book is written by experts from Belgium, Denmark, Luxembourg, the Netherlands, Norway, Spain, Sweden and the UK. It considers the constitutional and political role of monarchy, its powers and functions, how it is defined and regulated, the laws of succession and royal finances, relations with the media, the popularity of the monarchy and why it endures.

No new political theory on this topic has been developed since Bagehot wrote about the monarchy in The English Constitution (1867). The same is true of the other European monarchies. 150 years on, with their formal powers greatly reduced, how has this ancient, hereditary institution managed to survive and what is a modern monarch’s role? What theory can be derived about the role of monarchy in advanced democracies, and what lessons can the different European monarchies learn from each other?

The public look to the monarchy to represent continuity, stability and tradition, but also want it to be modern, to reflect modern values and be a focus for national identity. The whole institution is shot through with contradictions, myths and misunderstandings. This book should lead to a more realistic debate about our expectations of the monarchy, its role and its future.

You can find the book, The Role of Monarchy in Modern Democracy: European Monarchies here.

Read the summary blog about the book here: The role of monarchy in modern democracy.

The editors have also published an article in the Political Quarterly Journal, European Monarchies: The Guardians of Democracy?

Blog: The marriage of Prince Harry and Meghan Markle: how will it impact the monarchy?

Article in The Times (paywall): What’s the secret of modern monarchy’s survival?

Should the government be able to suspend parliament?

Choosing a Prime Minister: their exits and their entrances

‘Palace letters’ show the Queen did not advise, or encourage, Kerr to sack Whitlam government