Discourse and Voting in Referendums 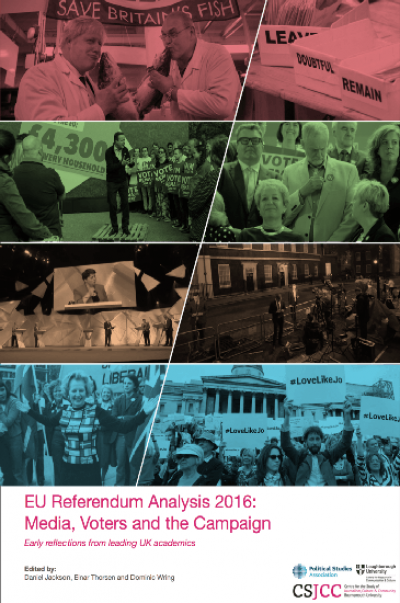 Referendums are an increasingly important part of the democratic system. The referendum on EU membership in June 2016 was one of the most momentous events in postwar UK politics.   Across the world, the frequency of referendums has risen markedly since the 1980s. Yet many important questions remain about whether referendums strengthen or weaken democracy and what can be done to improve how they work.

The Constitution Unit's research in this area is led by Dr Alan Renwick, whose work on referendums focuses on three main questions.

How are referendum campaigns best conducted?

The EU referendum of 2016 raised serious questions about how referendum campaigns are conducted - particularly relating to how we can best help voters make an informed and thoughtful choice.  Are there, for example, ways in which the claims made during campaigns could be regulated?  Or could provision of impartial information be improved?  Could we introduce more deliberative elements into referendum processes.

The Constitution Unit is currently seeking funding for a substantial research project on these questions.  In the meantime, we have published several short introductory pieces:

What is the quality of the debate during referendum campaigns?

If voters are to cast their ballots in an informed way, they need access to information and arguments that will allow them to weigh the merits of each side of the debate.  But do they have ready access to such resources through the media or other sources?  Alan Renwick's research into discourse during the UK's electoral reform referendum of 2011 has been published in Electoral Studies.  He is currently comparing that referendum with another referendum held the same year in New Zealand and is seeking funding for a broader project comparing discourse across referendums and other modes of decision-making.

How does opinion change during referendum campaigns?

Opinion can often be volatile during referendum campaigns: voters lack the anchors of party affiliation that tend to lead to greater stability during elections.  But can we predict how opinion is likely to change?  Alan Renwick's research suggests that often we can.  The results of his preliminary analysis are available here and here.  He is currently working on a more detailed version, details of which will be posted here in due course.

The anatomy of democratic backsliding: could it happen here?

The future of citizens’ assemblies in Scotland

Online harms to democracy: the government’s change of approach

FTPA Joint Committee lays down marker for the future