Assembly members met on 18 and 19 September for the first weekend of the Citizens' Assembly. Members started to get to know each other and find out about the Assembly. They also explored the question: What would a good democracy look like?

Members heard from a range of speakers over the weekend. Some speakers were ‘informants’ who offered balanced perspectives on the issues, while others were ‘advocates’ who presented their own views.

On this page, you can find the agenda for the first weekend and links to videos of the plenary sessions and the speakers' presentations. Assembly members received a glossary of terms related to democracy and the UK's democratic system, and speaker bios.

In their first session together, members worked in small groups to produce a set of guidelines that they felt would encourage quality discussions at the Assembly. These can be found below. 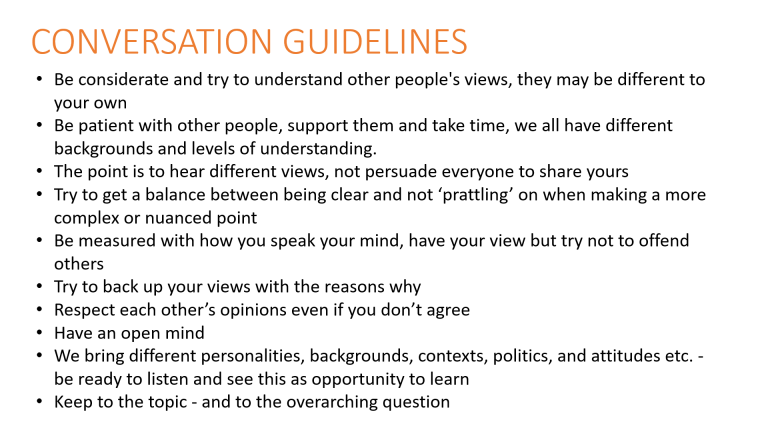 Assembly members spent much of the weekend discussing the issues among themselves in small groups. Please note that recordings of these small-groups are not publicly available, so that members can feel uninhibited in expressing their ideas.

Watch the plenary sessions and speaker presentations from session 3 in full, or click on the links below to watch individual presentations. 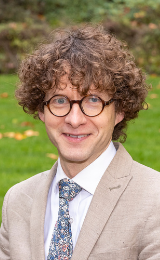 Alan Renwick is the head of the project that the Citizens' Assembly on Democracy in the UK is part of. This project is investigating what kinds of democracy people in the UK want, and is called Democracy in the UK after Brexit. He is Deputy Director of the Constitution Unit and Associate Professor in British Politics at University College London (UCL). He carries out research into how citizens can take part in democratic politics and policy-making, particularly elections, referendums, and citizens’ assemblies. He also led the Citizens’ Assembly on Brexit, which was held in 2017. 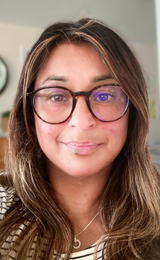 Parm Plummer has been a teacher since 1997, having taught History and Politics in secondary schools across London, in the South West and in the Channel Islands. Currently found in Jersey, she says: ‘I revel in engaging young people in the political process and jumped at the opportunity to take part in translating politics into plain English for the Citizens’ Assembly.’ Parm also tweets @parmplummer, where she campaigns for @WomenEd, a global grassroots organisation who seek greater representation in leadership in education, more flexible working and action on the gender pay gap. 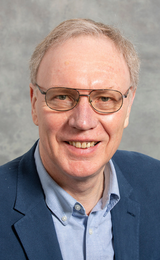 Albert Weale is Emeritus Professor of Political Theory and Public Policy in the Department of Political Science, University College London, where he still teaches and researches. His research and writing have concentrated on issues of political theory and public policy, especially health policy, environmental policy, the theory of justice and democratic theory. In addition to over one hundred papers and chapters, he has authored, co-authored or co-edited nineteen books. In 2013 he was awarded a CBE for services to Political Science. Hannah White is the Deputy Director of the Institute for Government, a leading think tank that aims to make government more effective. An expert in all things to do with Westminster and Whitehall, she previously worked in the House of Commons and ran the Committee on Standards in Public Life, an advisory body that advises the Prime Minister on how to ensure ethical standards of conduct across public life in England. She is Deputy Director of the Board of Trustees of Involve, the charity that is delivering the assembly. Gráinne Walsh is Director of Stratagem, a consultancy firm based in Northern Ireland that aims to connect companies with politics. She has extensive experience of working at various levels of government across the United Kingdom and Ireland, having worked in local government, with all political parties in Belfast, and at Westminster and Whitehall in London. Originally from Dublin, Gráinne has a particular interest in citizen engagement, having trained hundreds of voluntary and community groups in campaigning, policy development and engaging with political parties. 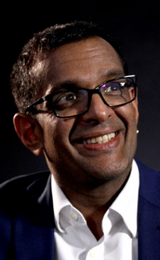 Anand Menon is Professor of European Politics and Foreign Affairs at King’s College London (KCL). He is also Director of UK in a Changing Europe, an award-winning academic initiative that conducts research into the relationship between the UK and the European Union. A regular on our screens and radios, with appearances on shows such as Question Time and the Today programme, he brings a wealth of knowledge on a wide range of topics regarding democracy in the United Kingdom today. Shami Chakrabarti rose to national prominence as Director of Liberty (2003–16), an advocacy group that seeks to defend people’s rights and liberties in the United Kingdom. In this role, she repeatedly clashed with various governments over issues such as anti-terrorism legislation and ID cards. She was a member of the Labour Shadow Cabinet between 2016 and 2020, as Shadow Attorney General for England and Wales. She now sits as a Labour peer in the House of Lords as Baroness Chakrabarti of Kennington. 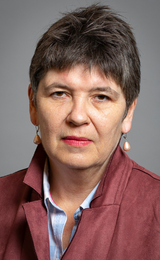 Claire Fox has long been one of Britain’s most incisive journalists. An advocate of democratic accountability and free speech issues, she is the Director of the Academy of Ideas, a think tank committed to hosting free and open public debates. She was a Member of the European Parliament for the Brexit Party in 2019–20, and now sits as a peer in the House of Lords as Baroness Fox of Buckley. 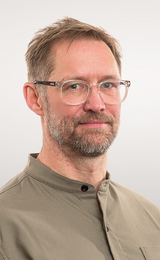 Willie Sullivan is the Senior Director of the Electoral Reform Society (ERS) and Director of ERS Scotland. The ERS campaigns for reform to the electoral system and other aspects of democracy in the UK. A committed supporter of democratic reform and of increasing public involvement in politics, he was Head of Field Operations for the ‘Yes’ campaign in the 2011 Alternative Vote referendum and has advised politicians in both the UK and Scottish governments. 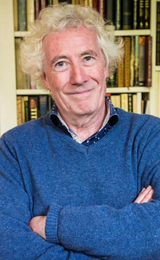 Jonathan Sumption is one of Britain’s foremost public intellectuals. A medieval historian by training, he worked as a barrister in some of the most high-profile legal cases of the past three decades, before sitting as a Justice of the Supreme Court of the United Kingdom between 2012 and 2018. He remains a prolific contributor and author on the subjects of the judiciary, law and politics. He delivered the 2019 BBC Reith Lectures on Law and the Decline of Politics and authored Law in a Time of Crisis. 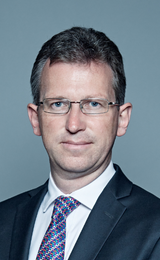 Jeremy Wright has been the Conservative MP for Kenilworth and Southam (previously Rugby and Kenilworth) since 2005. He possesses a wealth of experience about government, having been a whip (responsible for encouraging MPs to follow the party line), then Minister of State for Prisons (2012–14), Attorney General for England and Wales (2014–18) and Secretary of State for Digital, Culture, Media, and Sport (2018–19). He is now a member of the Committee on Standards in Public Life.