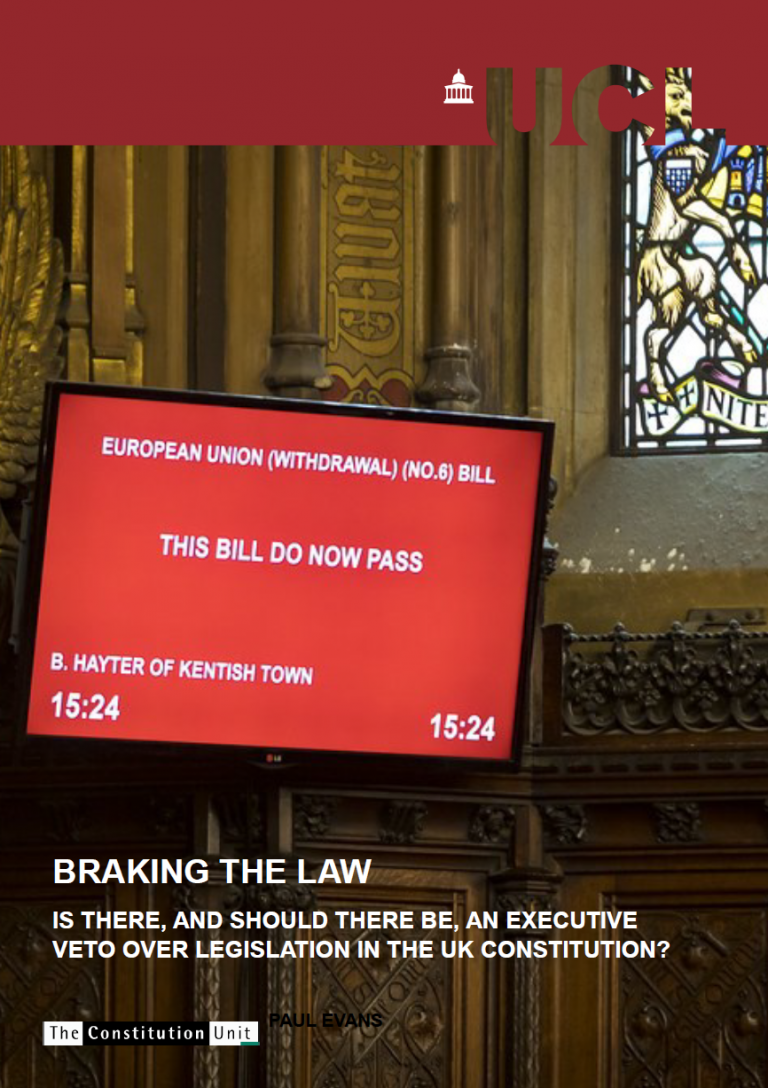 Read the report: 'Braking the Law: Is There, and Should There Be, an Executive Veto Over Legislation in the UK Constitution?'

Twice in 2019, parliament passed legislation which mandated the Prime Minister to seek a Brexit extension, in direct contradiction to government policy. There were suggestions at the time that ministers might try to veto the legislation by advising the Queen to refuse royal assent. But these suggestions were highly controversial precisely because it was not clear whether the government in fact had any such power.

The Unit’s new report – written by Honorary Senior Research Fellow and former senior Commons clerk Paul Evans – assesses the executive veto in light of these controversies. Analysing Westminster procedure, and drawing on international comparisons, the report asks whether the executive can, or should be able to, block legislation agreed by parliament.