Professor Meg Russell gave evidence to the Lords Constitution Committee on 24 June as part of their ‘constitutional implications of Covid-19’ inquiry. 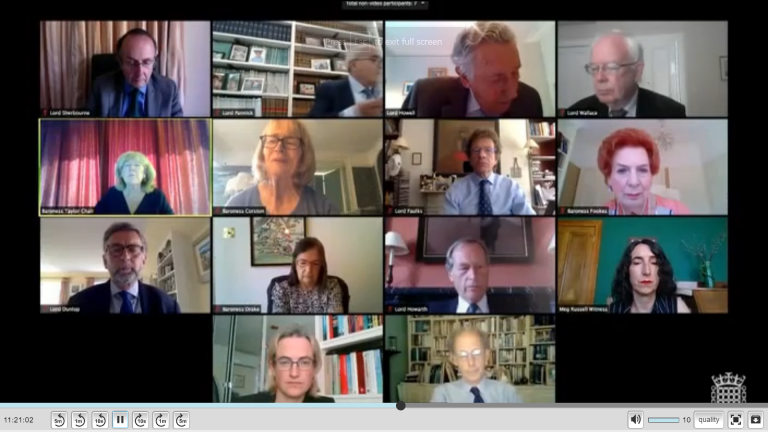 Professor Russell gave evidence about parliament’s workings during the pandemic, alongside Dr Hannah White of the Institute for Government and Sir David Natzler, former Clerk of the House of Commons and Honorary Senior Research Associate at the Unit. Earlier in the same session, the Committee heard evidence from Baroness Smith of Basildon and Lord Newby, respectively the Labour and Liberal Democrat Leaders in the House of Lords.