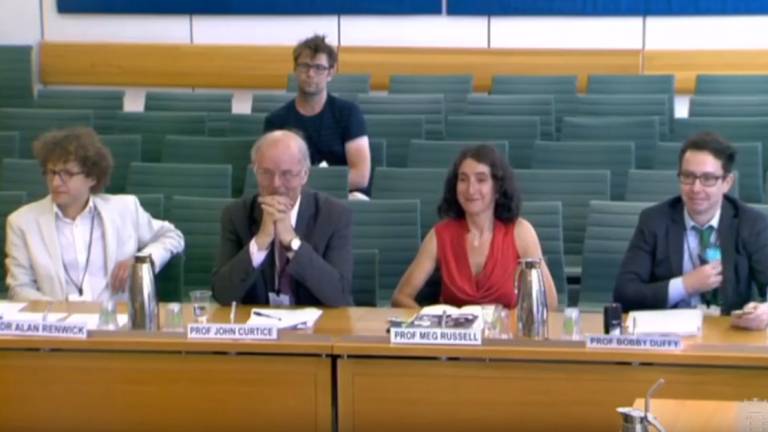 On 24 July 2019 Constitution Unit Director Professor Meg Russell and Deputy Director Dr Alan Renwick gave evidence to the House of Commons Exiting the European Union Committee. As part of the Committee’s ongoing inquiry into the progress of the UK’s negotiations on EU withdrawal, they collectively contributed to two panels: the first examining the potential role of citizens’ assemblies in identifying a way forward in the Brexit process (where Alan appeared alongside Sarah Allan, Head of Engagement for Involve, and Professor David Farrell of University College Dublin, expert on citizens’ assemblies in Ireland), and the second considering the issue of a further referendum (where Meg and Alan appeared alongside Professor John Curtice of Strathclyde University and Professor Bobby Duffy, Director of the Policy Institute at King’s College London).

On the first panel on the role of citizens’ assemblies, Alan Renwick noted that:

On the second panel on the role of referendums, and a possible further referendum on Brexit:
Evidence in full: