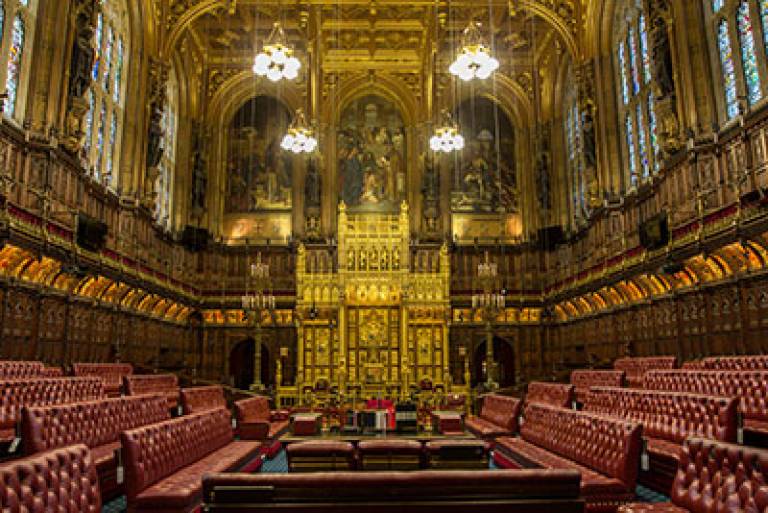 The programme, which is in three hour-long episodes, is the first to go inside the House of Lords, watching its proceedings first hand, interviewing members about the chamber's work, and even filming on the floor of the chamber. The next episodes will air on Monday 6 and 13 March.

Like its predecessor 'Inside the Commons', the BBC's programme is produced in partnership with the Open University (OU), which provides educational materials - accessible via the BBC website, or directly via the OU. The primary video resource is an interview with Meg Russell, in her role as an acknowledged academic expert on the Lords. In the 20-minute video (for which a transcript is also available on the OU website) Meg answers the following questions:

In addition, the 'further reading' recommended by the OU include Professor Russell's book The Contemporary House of Lords: Westminster Bicameralism Revived (Oxford University Press, 2013), described as 'the best recent book on the Lords', and her Constitution Unit blogpost 'Reducing the size of the House of Lords: Here's how to do it'.

Last week, Meg Russell had a major Guardian comment piece on the Lords, sparked by the chamber being in the news due to the BBC programme and its consideration of the government's Article 50 bill. She also published a blog post on the chamber's likely treatment of that bill (which entered its committee stage this week). All links are below.