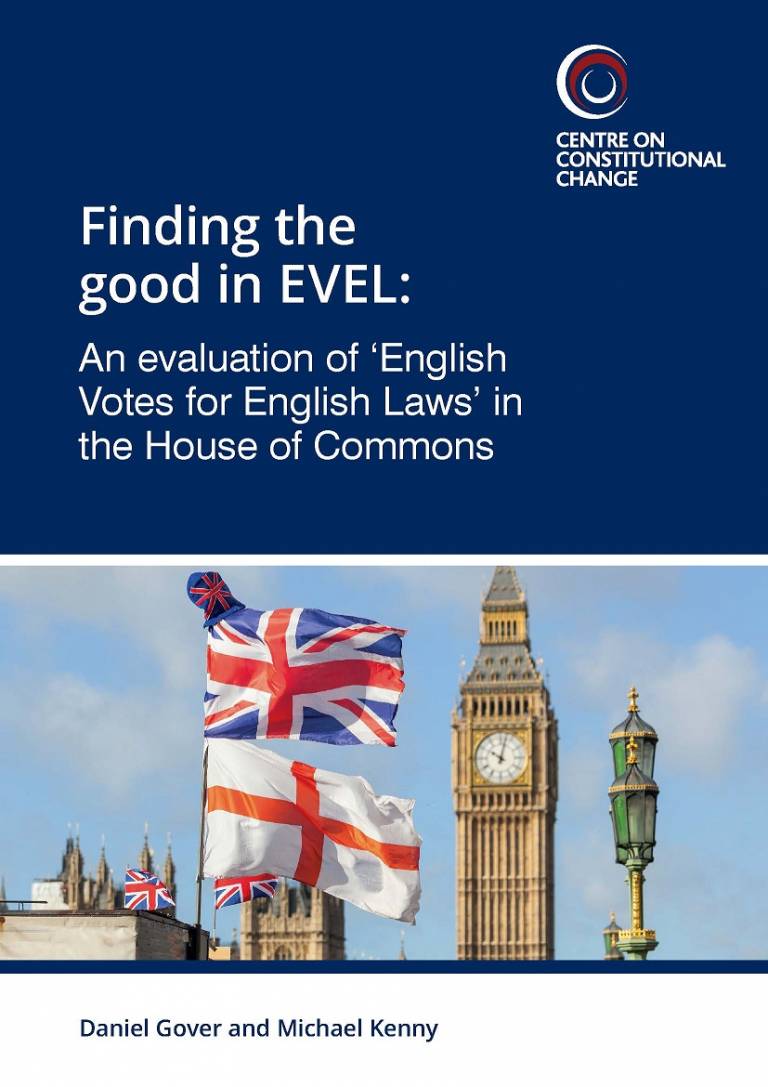 Finding the good in EVEL: An evaluation of 'English Votes for English Laws', written by Professor Michael Kenny and Daniel Gover from Queen Mary University of London's Mile End Institute, is the first in-depth analysis of how EVEL has worked since its introduction in October 2015. It is published today by the Centre for Constitutional Change with the support of the Economic and Social Research Council and the Constitution Unit.

The report makes several recommendations for reform. These fall into four categories: doing more to facilitate expression of England's 'voice' at Westminster (as opposed to simply a veto right); applying more consistently the 'double veto' that is central to the government's reform; reducing the complexity of the system; and taking steps to improve its legitimacy.

The authors recommend that the House of Commons should consider introducing a cross-cutting English Affairs select committee as a forum for debating and scrutinising English issues. The report says that a forum such as this might help show that England's interests are being voiced and heard at Westminster.

The report suggests that while the current version of EVEL is flawed, it has avoided most of the problems predicted by its critics. The authors conclude that EVEL "can be justified as a pragmatic response to devolution to other parts of the UK."