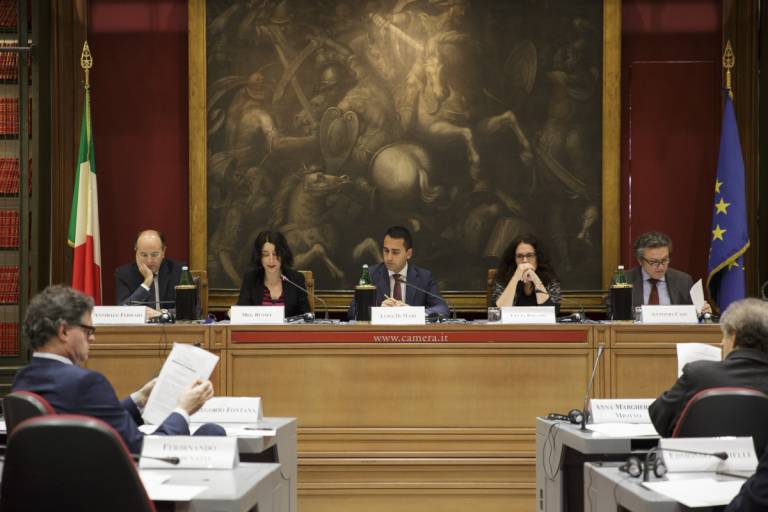 The evidence formed part of an inquiry chaired by the Deputy Speaker of the Chamber of Deputies, Luigi Di Maio, under the auspices of a committee of the parliamentary Bureau. The committee is looking at models of executive accountability, and gathering evidence from several other parliamentary chambers around Europe. Part of the context for this is the possible reform of the Italian Senate, which would remove the Senate from some aspects of executive accountability, suggesting that the role of the chamber of deputies should be strengthened. A referendum on Senate reform is due to take place in October 2016.

The meeting opened with a 15 minute presentation (available here - in Italian) from Professor Russell, followed by questions from the members present. Issues discussed included the powers and functions of select committees, parliamentary questions, treatment of legislation, key differences between the two chambers in terms of executive accountability, the Wright committee reforms and the growing openness of the UK parliament. Professor Russell emphasised the importance of parliament as an open and visible forum of executive accountability, the importance of good quality information - for both members and the wider public - and ways in which some UK mechanisms (such as select committees and the Backbench Business Committee) explicitly encourage cross-party evidence-based working.