New Leadership for the Constitution Unit from September 2015 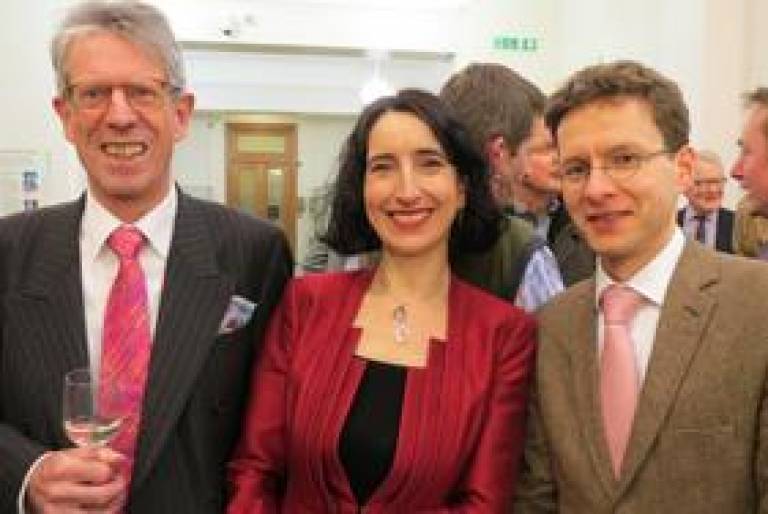 New arrangements for the leadership of the Constitution Unit are planned from September 2015. Professor Robert Hazell will formally step down as Director, after 20 years in the role, to be succeeded by the current Deputy Director, Professor Meg Russell. At the same time Dr Alan Renwick joins the UCL Department of Political Science from the University of Reading, and will take over as the Constitution Unit Deputy Director.

Robert Hazell founded the Constitution Unit in 1995, originally to inform the opposition parties' ambitious programme of constitutional reforms implemented by Labour after the 1997 general election. He has since directed the Unit's work across a wide range of fields, including electoral and parliamentary reform, devolution, human rights and the judiciary, freedom of information, the executive and civil service. Robert was given a personal chair as Professor of Government and the Constitution by UCL in 1999, and was awarded the CBE for his services to constitutional reform in 2006. In October2015 Robert will retire from full-time academic work, but maintain his Professorship at UCL and will continue to be closely involved with the Unit.

Meg Russell joined the Constitution Unit in 1998 as a Senior Research Fellow. She was promoted to Reader in British and Comparative Politics and Deputy Director of the Unit in 2008, and became Professor of British and Comparative Politics in 2014. Her research has particularly focused on parliament (both Commons and Lords), and parliaments comparatively, though she has also worked on devolution, political parties and women's representation in politics. Meg has worked closely with policymakers throughout her career, having held full-time positions in parliament and government, and advised on various reform processes both at home and overseas.

Alan Renwick is currently Associate Professor (Reader) at the University of Reading, and has previously held several academic positions at the University of Oxford. He has interests in both British and comparative politics, and is an expert in electoral systems and electoral reform. He is author of two books: The Politics of Electoral Reform: Changing the Rules of Democracy (Cambridge University Press, 2010) and A Citizen's Guide to Electoral Reform (Biteback, 2011), and was a key commentator during the UK debates on the Alternative Vote in 2011. He has a growing interest in deliberative democracy and processes of constitution-making, and recently authored After the Referendum: Options for a Constitutional Convention (Constitution Society, 2014).

Commenting on the forthcoming changes, Robert Hazell said "I'm delighted to hand over direction of the Constitution Unit to Prof Meg Russell. She is a fine scholar whose work is widely respected by academics as well as policymakers. In a time of rapid constitutional change independent advice based on solid research is more important than ever. I cannot think of a better team to provide that than Meg Russell and Alan Renwick, and I wish them and the Unit every future success".

Meg Russell said "I am greatly honoured to be taking over from Robert Hazell in the autumn as Director of the Constitution Unit. He will truly be a hard act to follow. I look forward to continuing the best traditions of his work, by running a centre that combines academic rigour with real-world political impact that informs processes of constitutional change in the UK and around the world. I am also very pleased to welcome Dr Alan Renwick to his new role, and excited about the new directions in which we will be able to develop the Unit together, with Robert's continued support."

Alan Renwick said "I am delighted to be joining the Constitution Unit in the autumn. I have admired and learnt from the Unit's work for many years. Various constitutional reforms are currently high on the political agenda in the UK and many other democracies, and I look forward tremendously to working with Meg Russell, Robert Hazell, and other colleagues, to ensure the Constitution Unit continues to contribute top-quality research and expertise to inform these debates - providing insights that policymakers need to make well-grounded decisions."