Democratic Competition: The Good, the Bad, and the Ugly 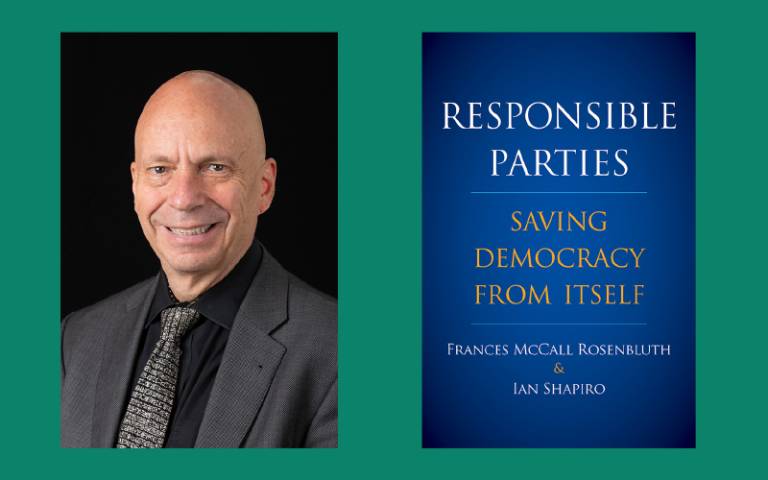 In this seminar, distinguished US academic Ian Shapiro draws from his new book with Frances Rosenbluth – Responsible Parties: Saving Democracy from Itself.

In this seminar, distinguished US academic Ian Shapiro draws from his new book with Frances Rosenbluth – Responsible Parties: Saving Democracy from Itself (Yale University Press, 2018). He will discuss the varieties of political competition across the democratic world, and suggest in particular that efforts to reform political parties over the past several decades to make them more democratic have backfired – compounding voter alienation, undermining good governance, and empowering demagogues and other populists. He will also provide his analysis about what needs to be done to reverse the trend. Dr Sherrill Stroschein will offer a response to these thoughts.

Ian Shapiro is Sterling Professor of Political Science at Yale University, where he also serves as Henry R. Luce Director of the MacMillan Center for International and Area Studies. He has written widely and influentially on democracy, justice, and the methods of social inquiry. A native of South Africa, he received his J.D. from the Yale Law School and his Ph.D from the Yale Political Science Department where he has taught since 1984 and served as chair from 1999 to 2004. Shapiro is a fellow of the American Academy of Arts and Sciences and the American Philosophical Society, and a member of the Council on Foreign Relations. He is a past fellow of the Carnegie Corporation, the Guggenheim Foundation, and the Center for Advanced Study in the Behavioral Sciences. He has held visiting appointments at the University of Cape Town, Keio University in Tokyo, Sciences Po in Paris, and Nuffield College, Oxford. His most recent books are The Real World of Democratic Theory (Princeton University Press, 2012) Politics Against Domination (Harvard University Press, 2016), and, with Frances Rosenbluth, Responsible Parties: Saving Democracy from Itself (Yale University Press, 2018). His current research concerns the relations between democracy and the distribution of income and wealth.

Dr. Sherrill Stroschein joined UCL in September 2005 as Programme Coordinator of the MSc in Democracy and Comparative Politics. She was previously an Academy Scholar at the Harvard Academy for International and Area Studies (2003-2005) and an Assistant Professor in the Department of Political Science at Ohio University (2001-2005). She has also been a fellow at the Institute on Race and Social Division at Boston University (2000-2001). She received her Ph.D. from Columbia University (2000), and her undergraduate degree from Amherst College.

Her research examines the politics of ethnicity in democratic and democratising states, especially democratic processes in states with mixed ethnic or religious populations. She has published articles in Perspectives on Politics, Party Politics, Nations and Nationalism, Political Science Quarterly, Europe-Asia Studies, and Ethnopolitics, as well as other journals. She is also the author of Ethnic Struggle, Coexistence, and Democratization in Eastern Europe (Cambridge University Press, 2012, paperback 2014). The book examines ethnic minority protest as a means to influence policy outcomes in Central Europe, for groups that consistently find themselves on the losing side of elections.

Dr. Stroschein is a member of the Executive Committee of the Association for the Study of Nationalities, and was the Programme Chair of the association's annual conference in New York from 2006-12. She has been the Associate Editor of the journal Problems of Post-Communismsince 2012, and was one of the editorial team members for the Journal of International Relations and Development for 2008-2011. She also serves on the editorial boards of Ethnopolitics and Nations and Nationalism, as well as the Slovenian-based Treatises and Documents, the Journal of Ethnic Studies, and the Hungary-based journal Intersections: East European Journal of Society and Politics.

Meg Russell began at UCL as a Senior Research Fellow at the Constitution Unit in August 1998, and is now the Unit's Director. She leads its research work on parliament, and is particularly known for her work on the British House of Lords, bicameralism, and parliamentary policy influence. She has also written in the past on political party organisation, candidate selection, women's representation in politics and political psychology.

Meg sits on the editorial board of the Political Quarterly, where she is Reports and Surveys editor. She is also a former Academic Secretary of the Study of Parliament Group.

In 2006 Meg was awarded the Political Studies Association’s Richard Rose prize for contribution by a younger scholar to the study of British politics. She was promoted to Reader in 2008 and to Professor in 2014.