Citizens’ Assemblies: How can the UK learn from Ireland? 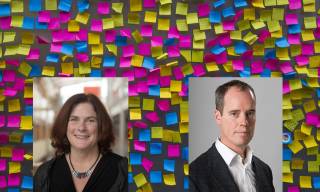 Citizens’ assemblies are gaining increasing attention as ways of invigorating the democratic process and enabling informed public discussion of major policy questions.   The UK’s first official body of this kind – the Citizens’ Assembly on Social Care – met in the spring.  The country with most experience of citizens’ assemblies is Ireland.  The Irish Constitutional Convention of 2012–14 led to the 2015 referendum on same-sex marriage.  More recently, the Irish Citizens’ Assembly paved the way for this year’s referendum on abortion.  Supporters of such exercises argue that they allow much deeper and more effective public participation in policy-making than either traditional consultations or standalone referendums.  Detractors worry about whether they are sufficiently representative and about how they interact with the rest of the democratic process.  At this seminar, two of Ireland’s leading experts on citizens’ assemblies will reflect on Irish experience and draw out potential lessons for the UK.