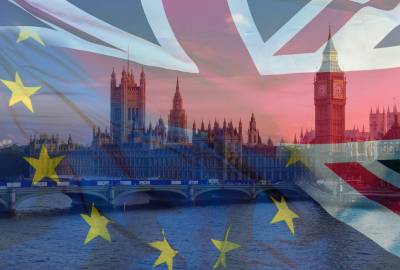 This autumn is crunchpoint for Brexit. The government has to tread a difficult line between the EU, Westminster and its own backbenchers. A new report from The UK in a Changing Europe and the Bingham School of Law charts the way, and at this seminar the authors will explain the many institutional and political hurdles.

How many days’ debate will the Brexit legislation require? How many votes will Theresa May need to stave off confidence motions? What counts as a confidence motion under the new rules of the Fixed Term Parliaments Act? These are only a few of the questions to be explored, under the guidance of experts on the institutional rulebooks, and the complex political dynamics.

Dr Jack Simson Caird: Senior Research Fellow in Parliaments and the Rule of Law at the Bingham Centre for the Rule of Law. Previously Jack was the constitutional law specialist in the House of Commons Library, and led the Commons' library work on the European Union (Withdrawal) Bill.

Dr Alan Wager: Research Associate at The UK in a Changing Europe, where he writes and researches on Brexit and British politics.

Matthew Bevington: Public Policy Researcher at The UK in a Changing Europe, where he writes and researches on Brexit and British politics,