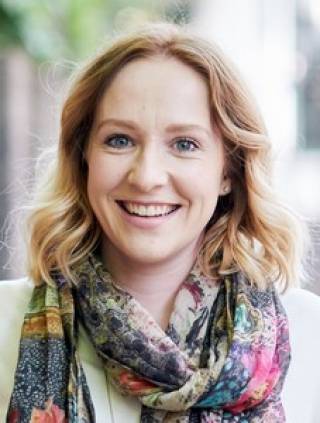 Rebecca joined the Constitution Unit as a British Academy Postdoctoral Fellow in October 2018. The research looks at diversity in parliament answering questions such as how does representation work in different forums and who works for MPs, something that is important for understanding diversity as well as the capacity of parliament. This project builds on her PhD research and is mentored by Professor Meg Russell.

Rebecca originally joined the Constitution Unit in June 2017 for six months as the Research Associate on the Citizens’ Assembly on Brexit with Dr Alan Renwick. She has also worked at Involve, the UK's leading public participation charity, on several citizens' assemblies in the past. Most recently Rebecca took a break from her Fellowship (October 2019 - March 2020) to project manage Climate Assembly UK. Rebecca has a BSocSc in Politics and International Relations from the University of Manchester, an MSc in Social Change and a PhD in the substantive representation of ethnic minorities in the House of Commons, both from the University of Manchester. In 2018 Rebecca won the Arthur McDougall PSA Dissertation Prize for elections, electoral systems and representation for her thesis “Substantive Representation of Ethnic Minorities in the UK Parliament”.

“Love thy neighbour? Exploring prejudice against ethnic minority groups in a divided society: the case of Northern Ireland.” Journal of Ethnic and Migration Studies, Volume 42, Issue 5 (2016), 777-796.

“Things Can Only Get Better? Changing Views of the Past, Present and Future in the Former Soviet Union.” Europe-Asia Studies, Volume 65, Issue 7 (2013), 1466-1478. Co-authored with Erica Richardson, Bayard Roberts, Christian Haerpfer and Martin McKee

The Report of the Citizens’ Assembly on Brexit

The Report of the Citizens’ Assembly on Brexit
(Constitution Unit, 2017)
Blog posts

Who are the ‘unsung heroes’ of Westminster? Results from a survey of MPs staff

Citizens’ Assembly on Brexit: how were the members selected?

The Citizens’ Assembly on Brexit: design and purpose