Media Futures conducts research on data analytics for purposes of information retrieval, inference of an individual’s and a population’s health 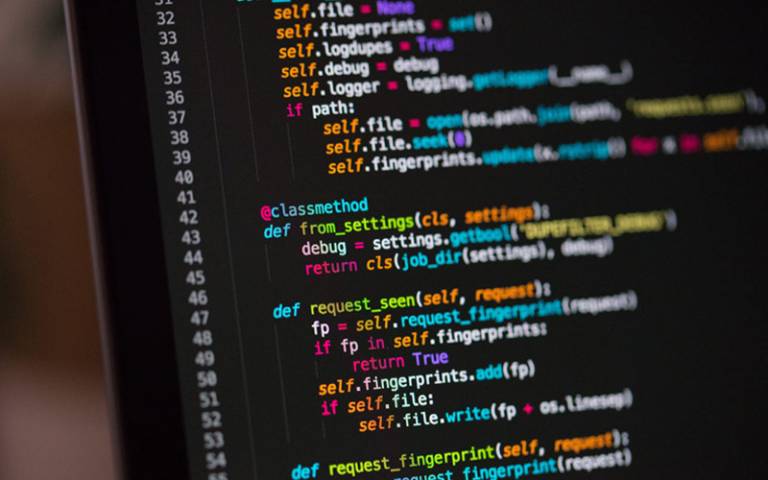 The Media Futures Group is interested in media (text, audio, image and video) on the Web. This includes content creation, publication, distribution and consumption. Current research themes include information retrieval, digital rights management, and statistical modelling of the structural topology of information sources.

Dr Shi Zhou's research interests include Online Social Networks, Cyber Security, Network Science, Internet Routing and Cloud Computing, with a particular focus on bots and fraud detection as well as information diffusion in social media.  For example, his team recently discovered two of the largest botnets on Twitter with hundreds of thousands of fake user accounts.

They studied how the bots were used to launch a massive spam attack and they even tracked down the master who created the botnet. His team also introduced the hybrid epidemic theory, which explained the outbreak of Internet worm Conficker and led to the first mathematical model that reproduces the full course of HIV infection in human body.

His team won the first global real-time bidding algorithm contest with 80+ participants worldwide. Jun has published over 100 research papers and is a winner of multiple “Best Paper” awards. He was a recipient of the Beyond Search – Semantic Computing and Internet Economics award by Microsoft Research and also received Yahoo! FREP Faculty award. He has served as an Area Chair in ACM CIKM and ACM SIGIR.

He has more than 15 years track records of advising the industry and knowledge transfer. He was a technical advisor for startups such as Last.Fm, Passiv Systems, Massive Analytic, Context Scout, and Polecat, and had various projects with BT, Microsoft, Yahoo!, Alibaba, Didi etc.

Prof Emine Yilmaz’s research interests include applications of machine learning to information retrieval, recommender systems and Web Science. She is one of the fellows at the Alan Turing Institute and works as an Amazon Scholar at Amazon Cambridge. Between 2012 and 2019, she also worked as a consultant for Microsoft Research Cambridge, where she used to work as a full-time researcher prior to joining UCL. Apart from Amazon and Microsoft, she has also done projects with many other large and small-scale companies including Google, Bloomberg, Spotify, Channel 4, etc.

Prof Yilmaz is the recipient of several awards including a Bloomberg Data Science Research Award in 2018, the Karen Sparck Jones Award in 2015 and the Google Faculty Research Award in 2014, as well as several Best Paper Awards. She has given many tutorials as part of top conferences and organized various workshops at top venues such as NeurIPS.

She has served in various prestigious roles including Co-Editor-in-Chief for the Information Retrieval Journal, PC Chair for ECIR 2019, ACM SIGIR 2018 and ACM ICTIR 2017 Conferences, Practice and Experience Chair for ACM WSDM 2017, Doctoral Consortium Chair for ECIR 2017 and Track Chair in WWW 2020 and 2018. She is an elected member of the executive committee of ACM SIGIR.

Our group has a very strong track record of collaboration both within UCL and externally. External collaborators include:

To view our academics' papers, please visit our Google Scholar pages in the 'People' section.