The fourth bloxberg summit took place as a hybrid conference at UCL on 3 and 4 May, which saw major changes to the research network’s future direction. 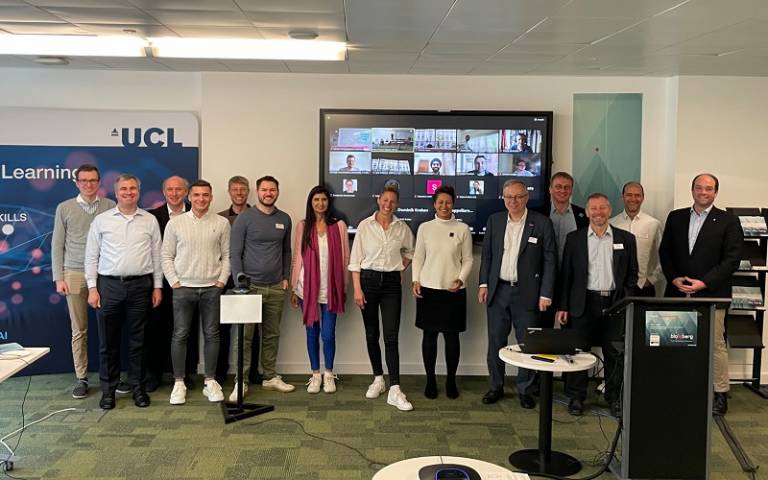 The bloxberg summit is the annual meeting of the bloxberg consortium, organised for the fourth year in a row by the Max Planck Digital Library (MPDL), and this time in collaboration with UCL Computer Science, one of the founding members of bloxberg.

More than 25 research organisations participated in the summit at 90 High Holborn to decide on several proposals about the future development of the bloxberg network.

With the first vote, the consortium made a groundbreaking decision, introducing a significant and forward-looking change for the future of the network: the "bloxberg Association for the Advancement of Blockchain in Science", which will be established under German legislation this year.

Refining bloxberg's governance model followed this proposal. In the third decision, the consortium agreed to introduce tokenomics to bloxberg to ensure sustainable funding of the infrastructure.

Finally, the consortium members supported a technical proposal to move from a monolithic to a modular architecture with the current bloxberg infrastructure as Layer1.

Friederike Kleinfercher, bloxberg Initiator and Deputy Manager Max Planck Digital Library, said: "I am really thrilled about the vivid bloxberg consortium. Again, the current summit showed that bloxberg is driven by academic enthusiasts who see the potential of blockchain in science, which resulted in groundbreaking decisions at the bloxberg summit 2022.

The bloxberg association and the introduction of a sustainable tokenomics will take the project to a new level, enabling bloxberg to evolve and expand as the scientific blockchain infrastructure worldwide."

Arshdeep Bahga, Georgia Tech alumni and founding member of the bloxberg network said: "bloxberg is a consortium blockchain network made by researchers for researchers. Over 50 universities from all over the world have come together to build the largest consortium proof-of-authority blockchain network for scientific applications. bloxberg will power a wide range of decentralised web3 applications for research and academic use cases."

Professor Maria Frahm-Arp, Executive Director of the Library and Information Centre at the University of Johannesburg, said: "bloxberg is a unique blockchain space where researchers can experiment and explore the endless possibilities blockchains open up on a large stable blockchain which is not a commercial space."

Eventually, the Max Planck Society, represented by MPDL in the consortium, was again elected to the Iron Throne.

Philip Sandner, Head of the Frankfurt School Blockchain Center, said: "We need a decentralised place to digitise academic processes with low fees and quality control by the global academic community.

With the Max Planck Society, we have a strong leader to reach the high arching goals of bloxberg: To connect universities, offer a censorship-free publication system, support good causes all over the world and be energy, cost, and time-efficient.

We as the Frankfurt School Blockchain Center, are happy to support this project."

The bloxberg infrastructure is a secure scientific global blockchain established by a consortium of researchers and research organisations to provide science with decentralised services worldwide. It broadens the scientific landscape of regionally and nationally governed blockchain networks and is the first globally maintained decentralised scientific network for scientists.

The bloxberg consortium aims to foster collaboration among the global scientific community, empowering researchers with full, autonomous services that transcend institutional boundaries. The excellent reputation of the participating research organisations encourages scientists worldwide to utilise the bloxberg network and the applications built on top of the infrastructure.

About the Max Planck Society

The Max Planck Digital Library (MPDL) is a central unit of the Max Planck Society that supports scientists with a broad portfolio of services in the fields of information provision, publication support, and research data management.

MPDL is a founding member of the bloxberg blockchain and represents the Max Planck Society within the consortium.