UCL Hosts The F'AI'R AI for the Common Good hackathon 2019 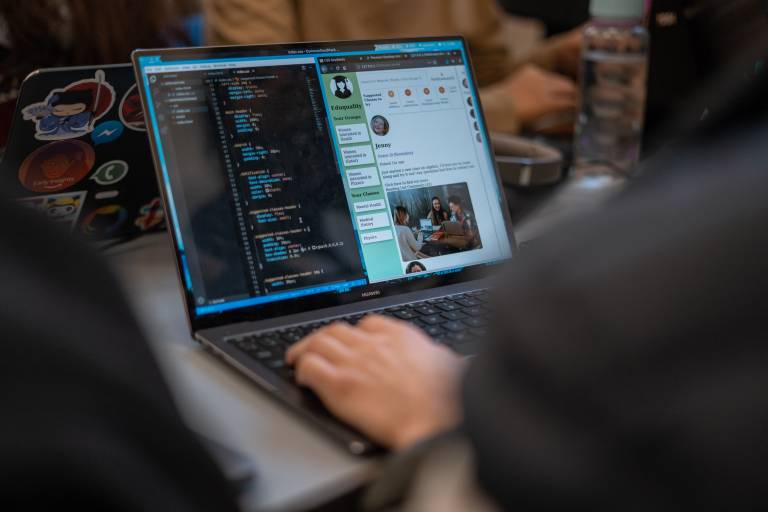 For the UK part, it is supported by UCL Tech Society and X5GON, (a research group led by Prof John Shawe Taylor) aimed to promote UK science and scientific collaboration and showcase that science has no borders.

Organisations that came to support and judge our students over the two days included IBM, NTTData, NHS, the Trussell Trust, UN supported ANCSSC and Microsoft Philanthropies.

This 3rd hackathon saw over 200 students participate leading to 12 developer teams of UCL students from across the university work together to create full cloud apps based on UN Sustainable Development Goals including Quality Education, Gender Equality and Peace, Justice, and Strong Institutions. Four powerful women guest speakers from across industry were invited to present on these ideas. The apps developed were all hosted on Microsoft’s Azure platform as primary sponsor for the event, in an open source GitHub respository.

A final 4th hackathon event will take place with 3 UCL teams going forward to meet hack teams from several other universities in Europe, at a final event in Paris on 25th-26th February 2020. A team there will be declared the eventual winner and receive an award from the British Ambassador to France.

Chris Tan, president of the UCL Tech Society was keen to stress the multidisciplinary nature of the event:

““By bringing Tech Soc in to cohost, we were able to capture a much wider range of the UCL student Body, Mostly from within STEM but also wider UCL, including chemical engineering, medicine and history!”

“"We have shown that we can use hackathons to generate solutions to real world problems with students, using AI for societal good, to address inequalities in health, engineering and to support NGOs in developing countries. The mentorship from female leaders across healthcare, government and industry has been remarkable."

The winners of the UCL hackathon were: 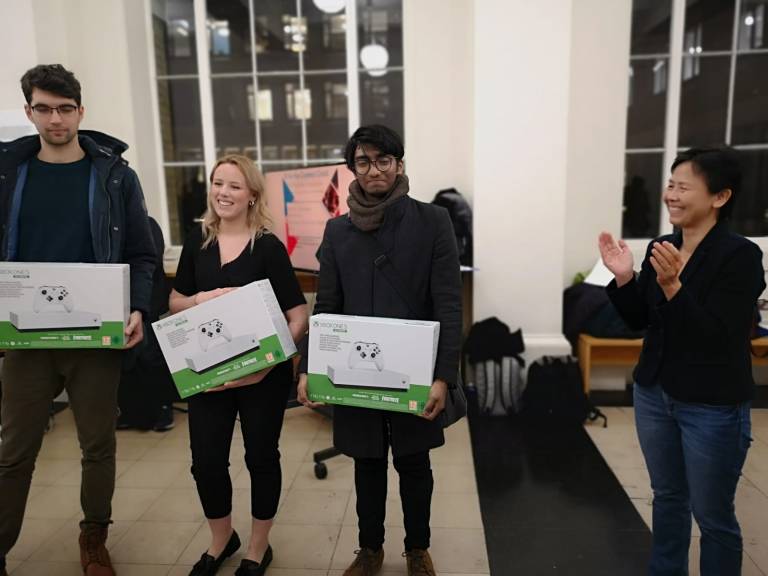 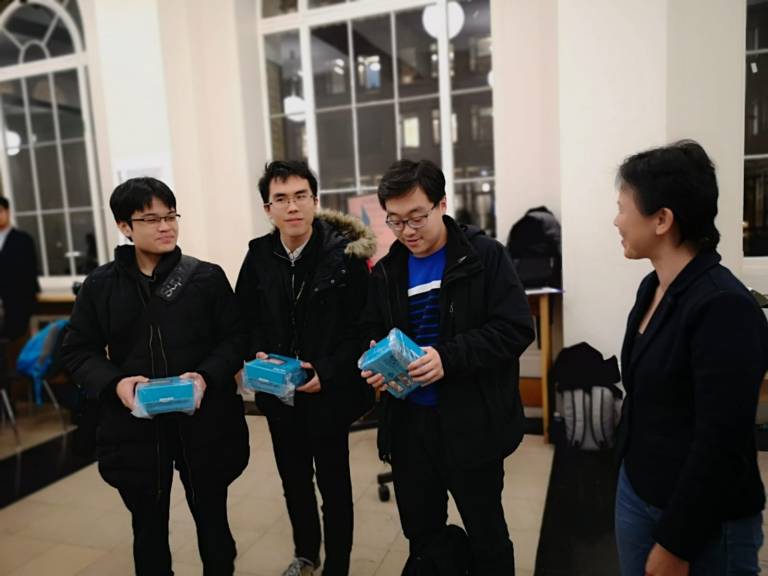