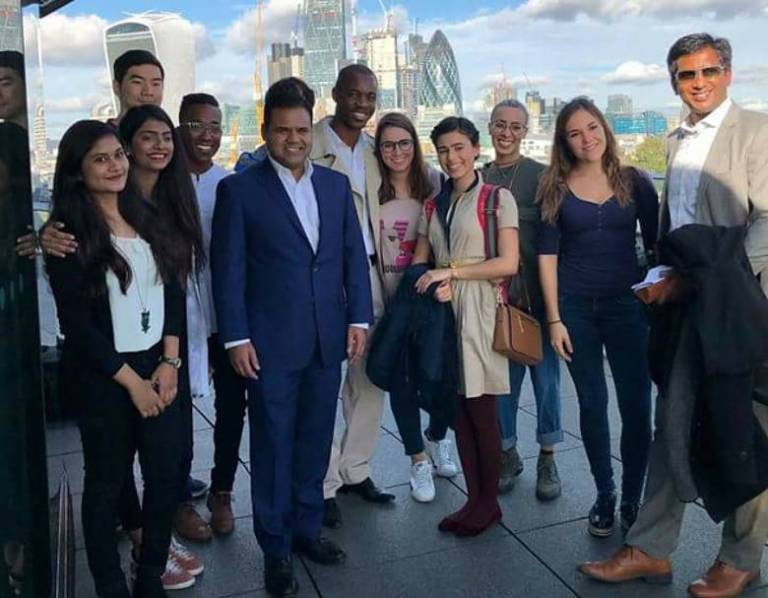 Last Wednesday 25 October Computer Science student Ayesha Ahmed was one of ten lucky international students to be welcomed to London by the Deputy Mayor for Business.

Ayesha took part in a competitive selection process after being nominated for the international student welcome event by the Department of Computer Science. The event was organised by Study London, which promotes London as an international destination for study.

At the welcome event students met London's Deputy Mayor for Business, Rajesh Agrawal, at City Hall before embarking on a whirlwind tour of the famous city. They visited Shakespeare’s Globe Theatre, rode on the London Eye and took a speedboat trip along the River Thames. The event was concluded at Urbanest, where the students enjoyed refreshments and breath-taking views over London’s skyline.

Ayesha is a graduate student from India who said her dream of studying abroad finally came true when she was accepted into the Master of Business Analytics (Computer Science).

She said: “I was very nervous because I have never been away from home. But to my surprise UCL was more than welcoming; it gave me a warm, lovely feeling.”

When asked about her experience in London so far, Ayesha said she spent the first two weeks in complete awe and excitement.

“The Student's Union UCL was very active during Induction Week and the events were equally interesting,” Ayesha said.

“The lecturers were all very nice and friendlier than I expected. The best thing that has happened to me so far is the chance to meet people from different countries.”

“A few years ago I never even had the thought that I would have the chance to do this and be where I am today!”